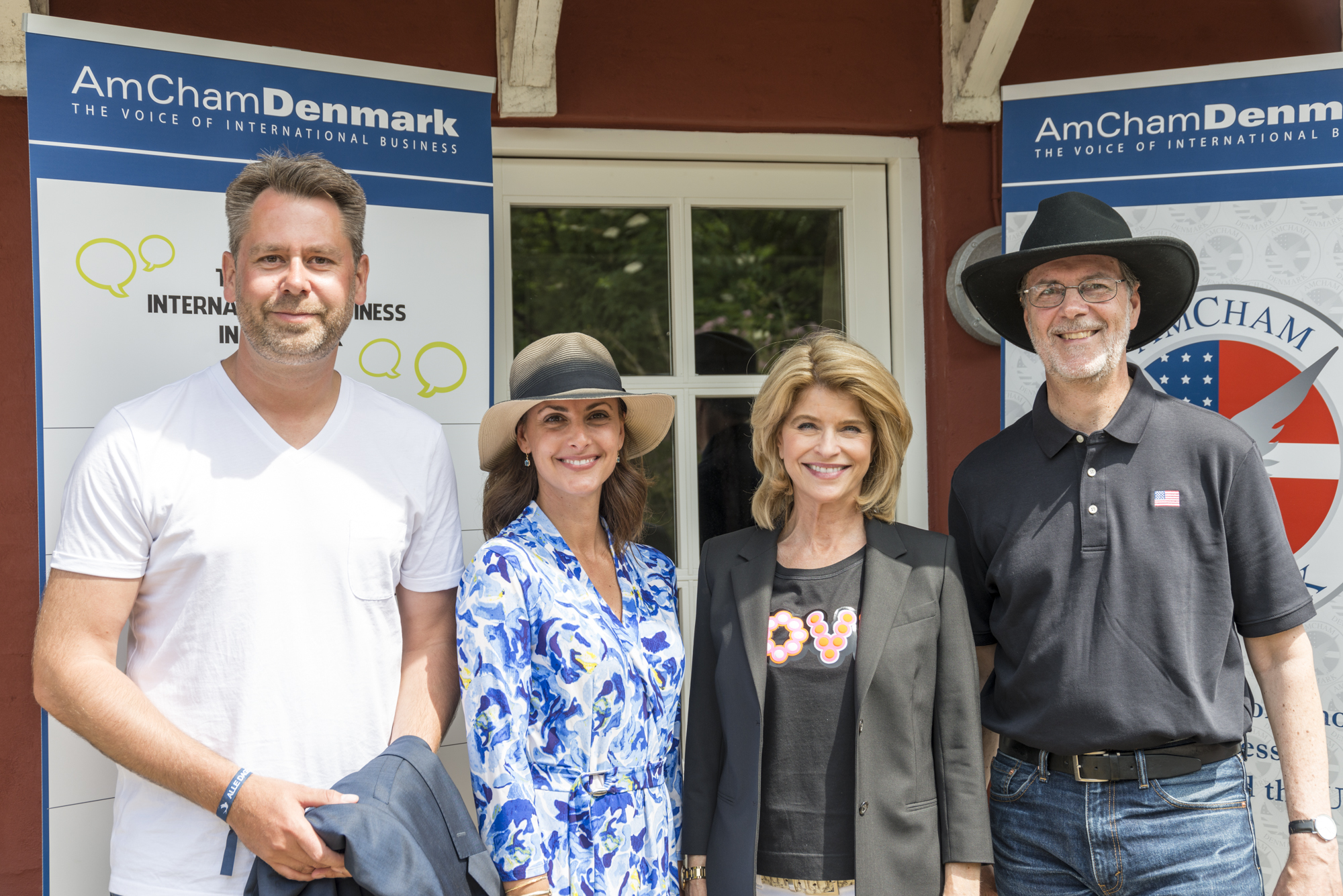 AmCham Engages with Members and Stakeholders at 2018 Folkemødet

AmCham’s Stephen Brugger and Sandra Viborg attended a variety of Folkemøde events in line with our general purpose of strengthening the voice of international business and promoting innovation, jobs, and growth in Denmark.

How to Make Globalization Work for All
On Thursday, AmCham’s Executive Director Stephen Brugger participated in a debate arranged by the EU Commission, which included a broad discussion on how globalization affects trade, businesses and international politics.

Denmark as an International Life Science Hub
On Friday, AmCham, Medicoindustrien, and LIF organized a panel debate on the framework conditions for the Danish life science industry, which included a discussion on the government’s life science strategy, the Danish research environment and the access to talent, both in terms of attracting and retaining skilled labor.

U.S. Ambassador Carla Sands shared a few opening remarks, where she highlighted the Danish life science industry as a great example of a strong U.S.-DK partnership, with many U.S. companies continuously investing in Denmark.

Thanks to our 2018 Folkemøde Sponsors: 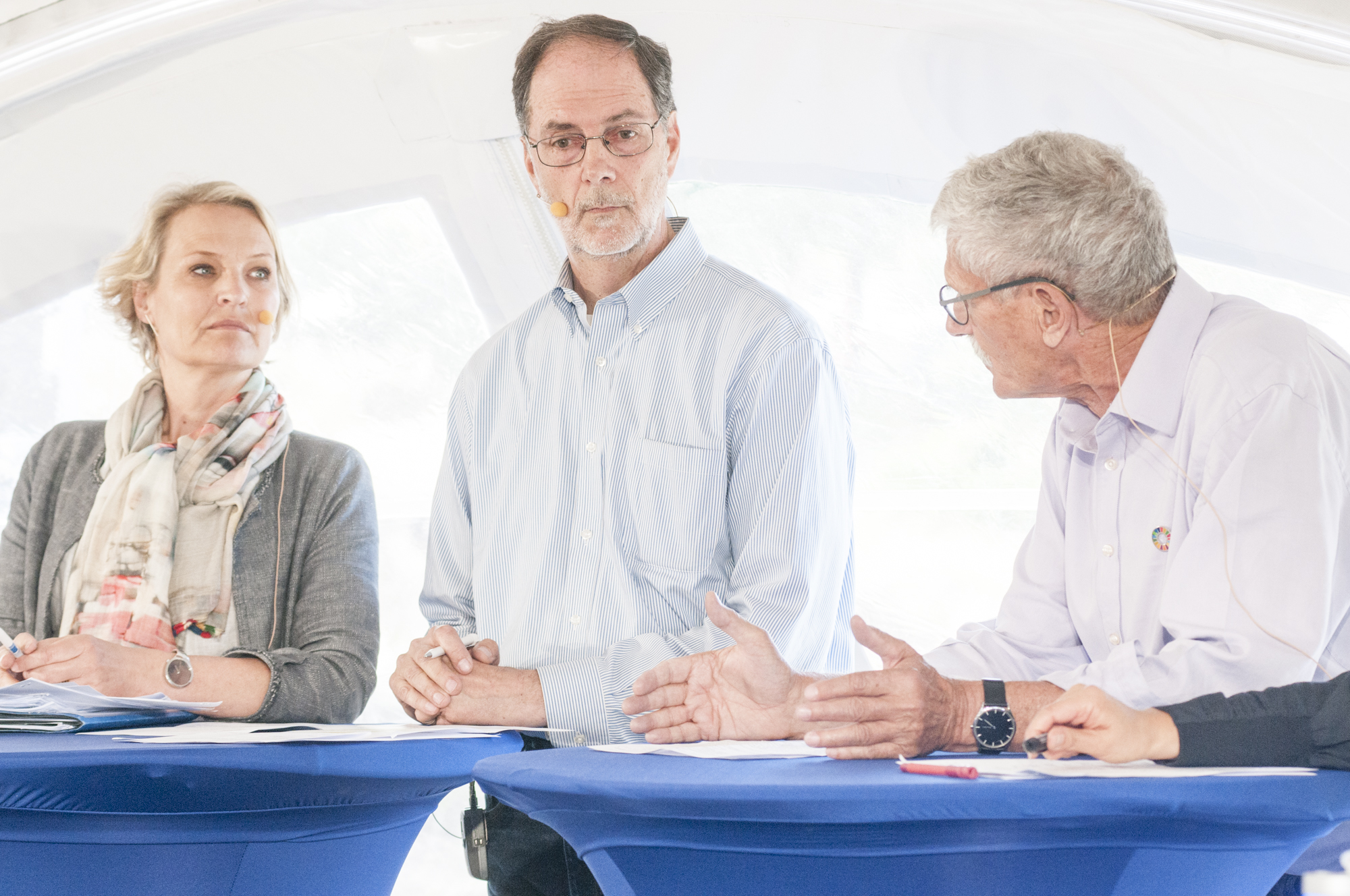 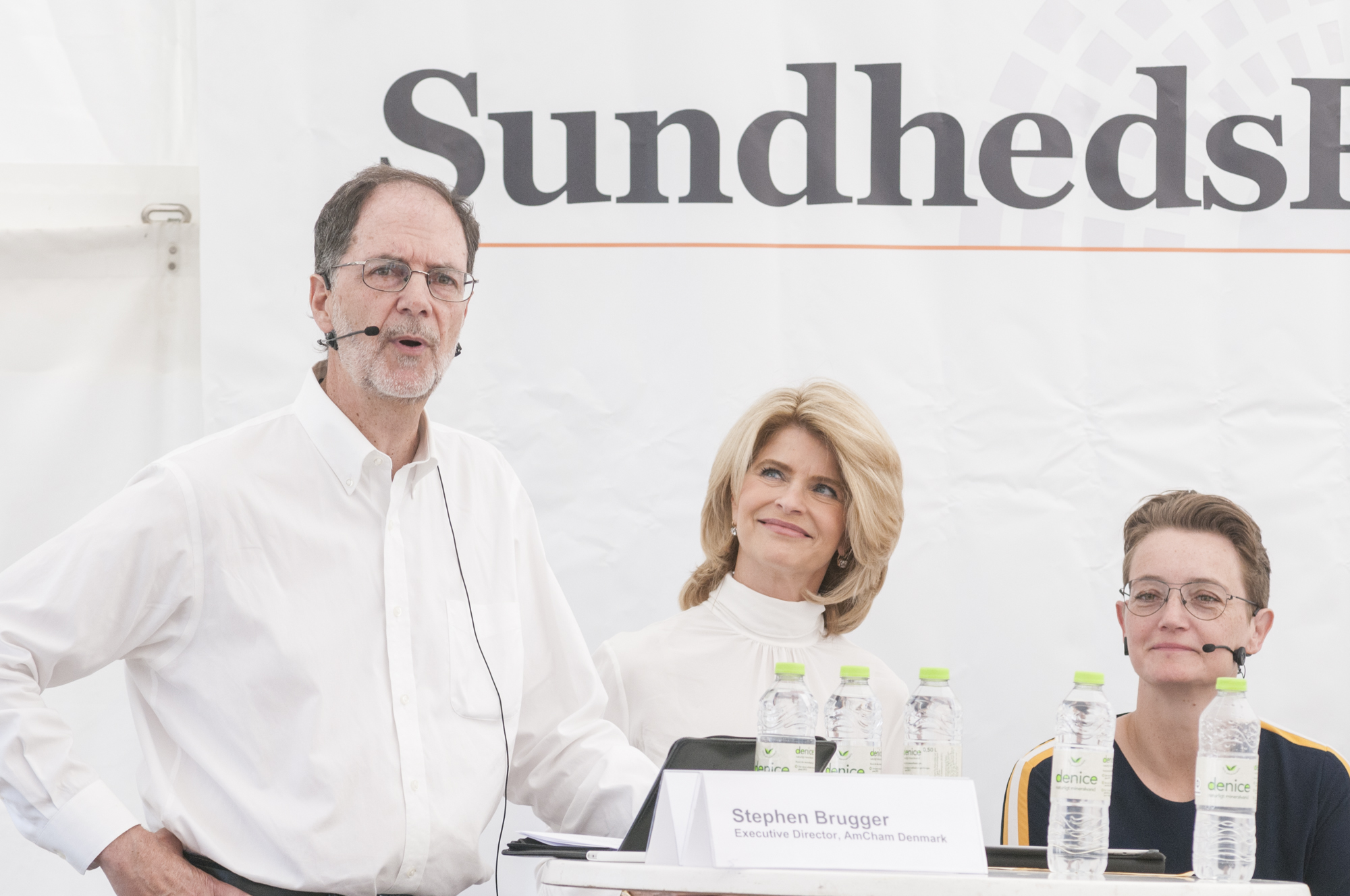 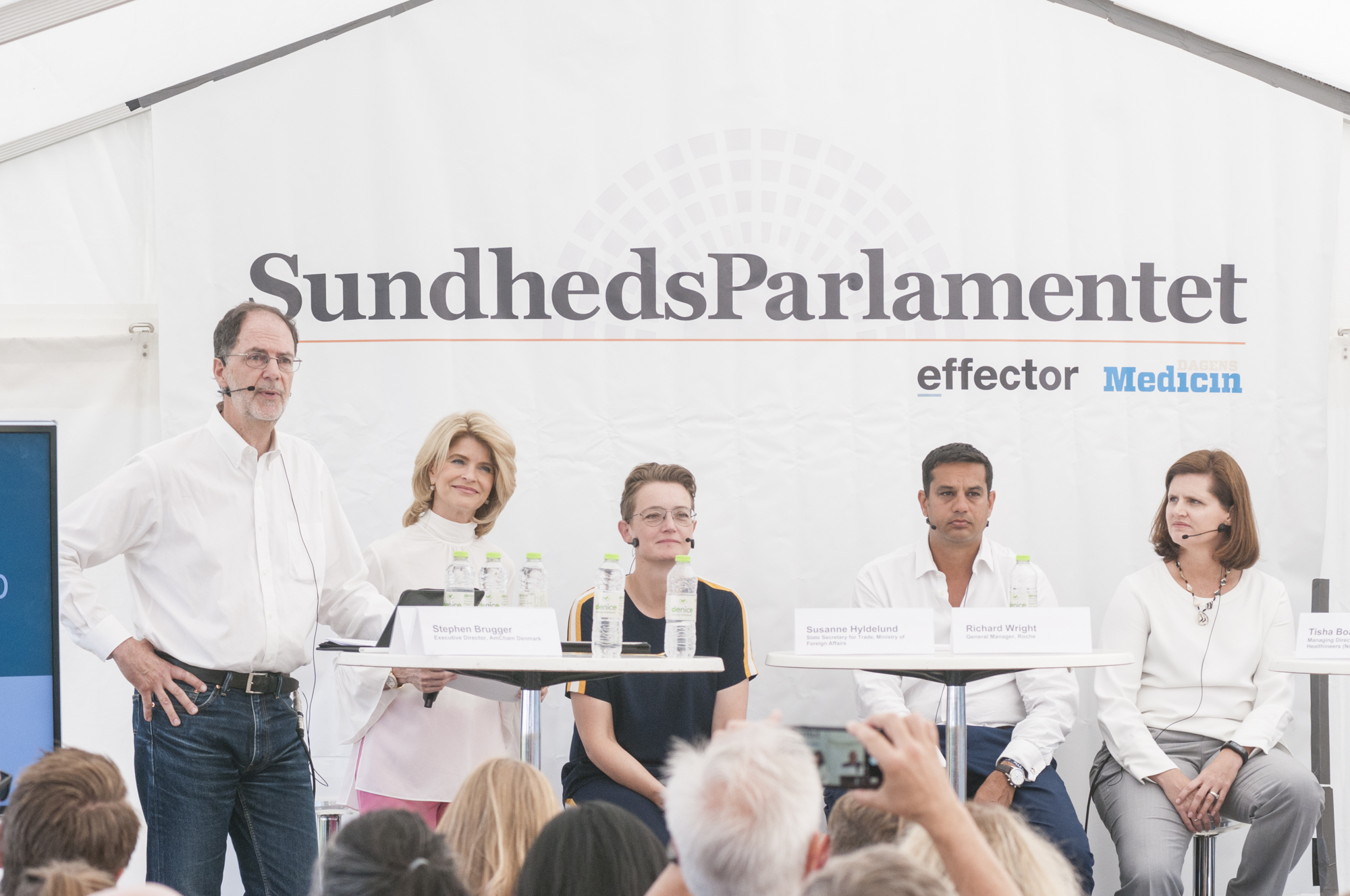 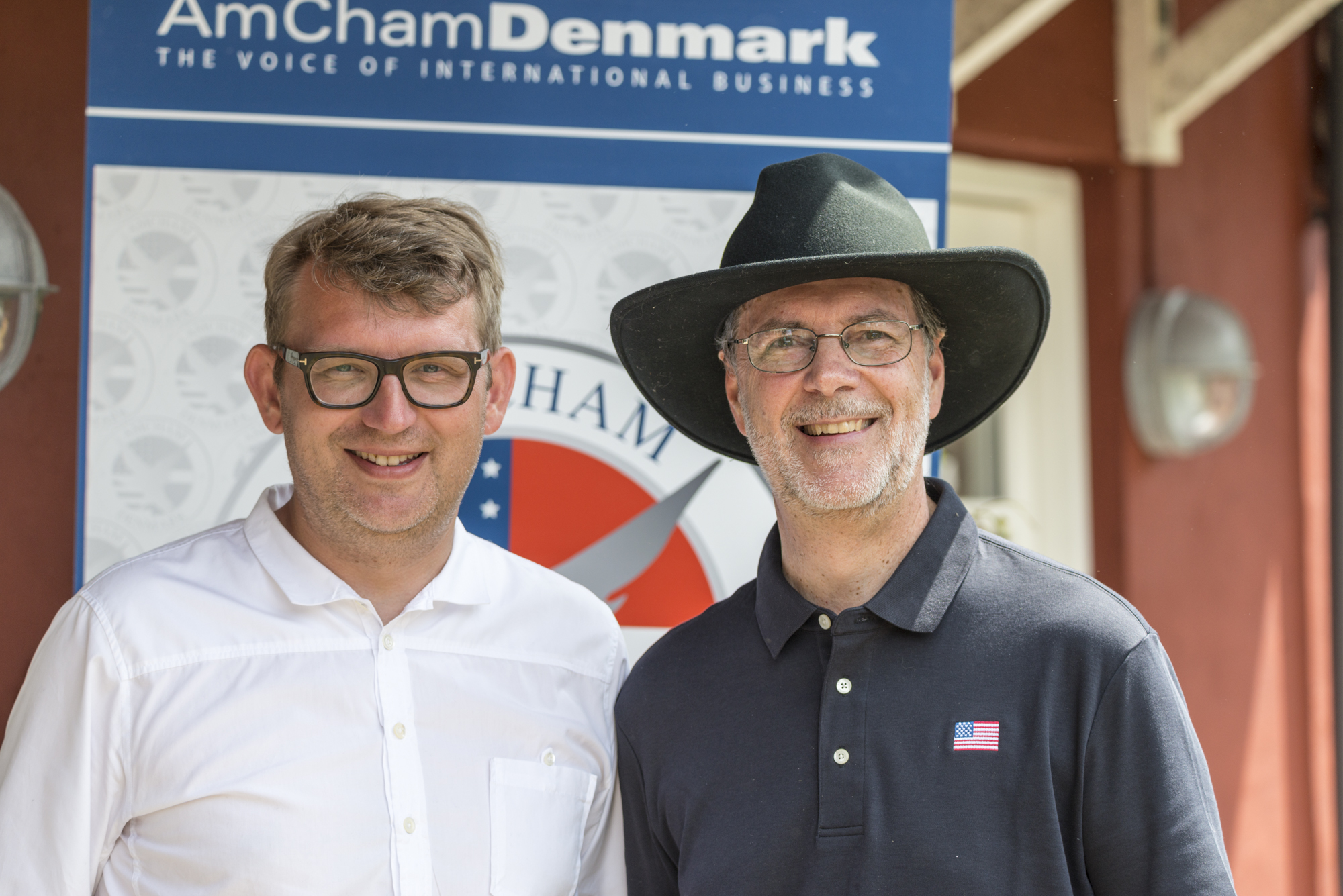 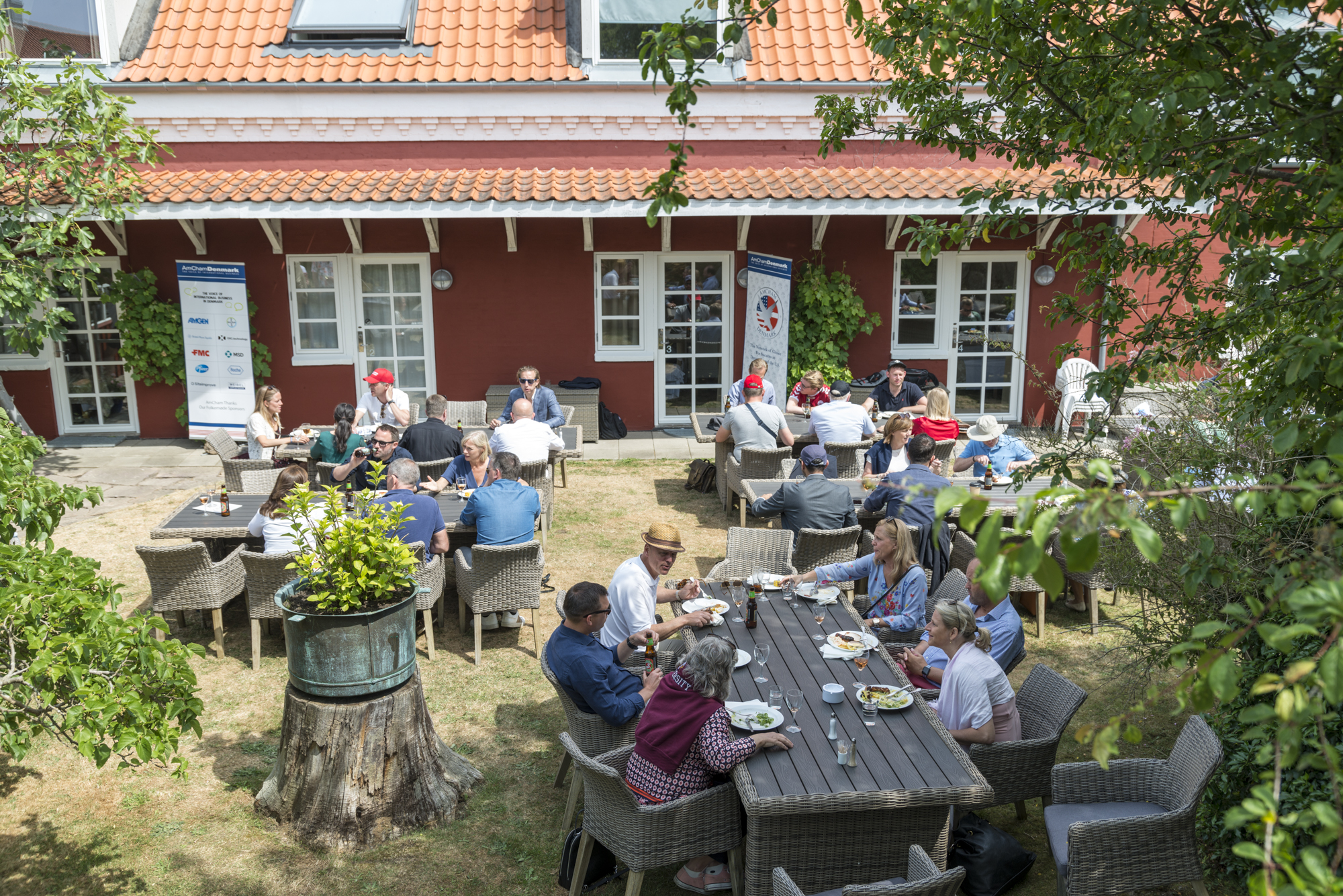 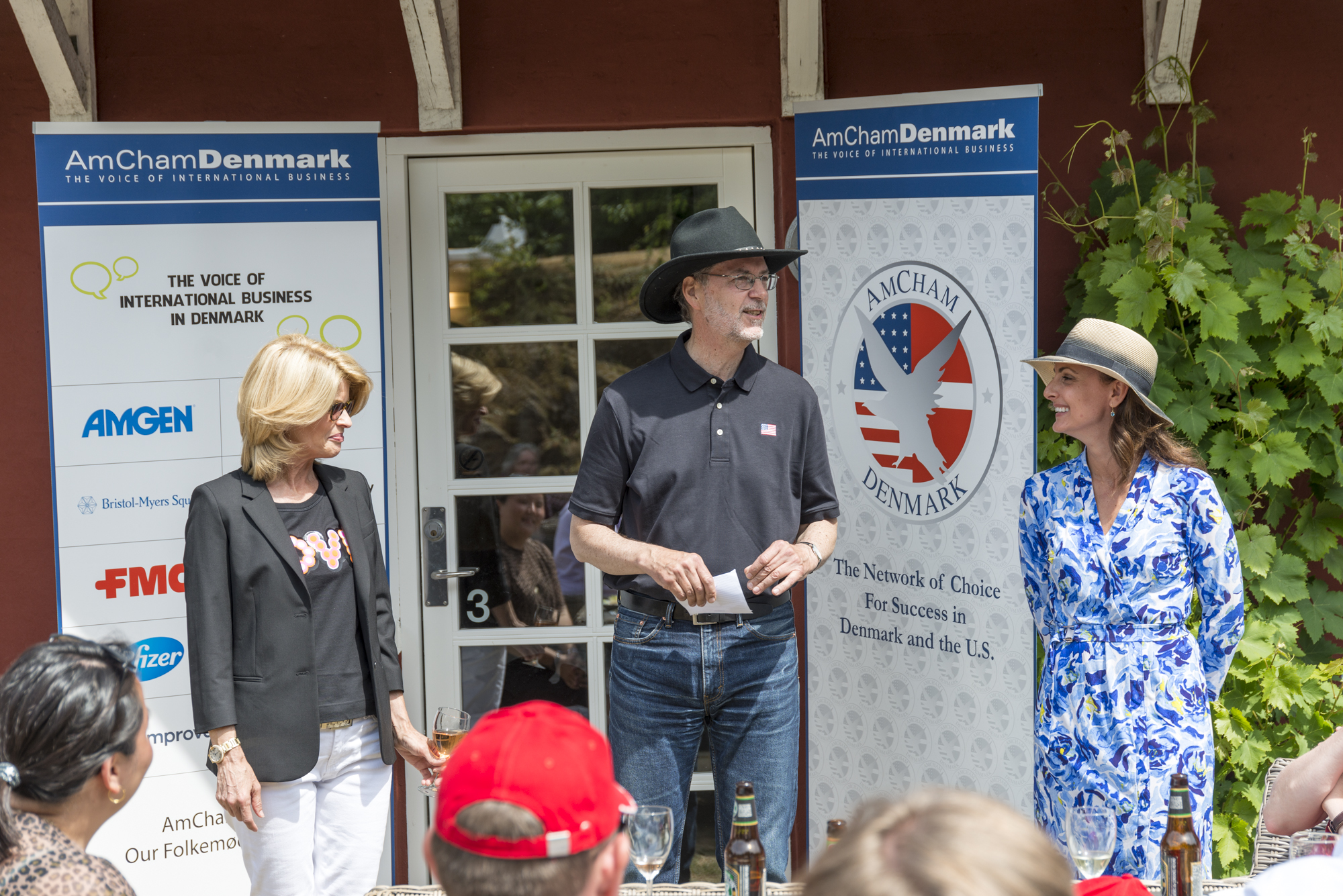