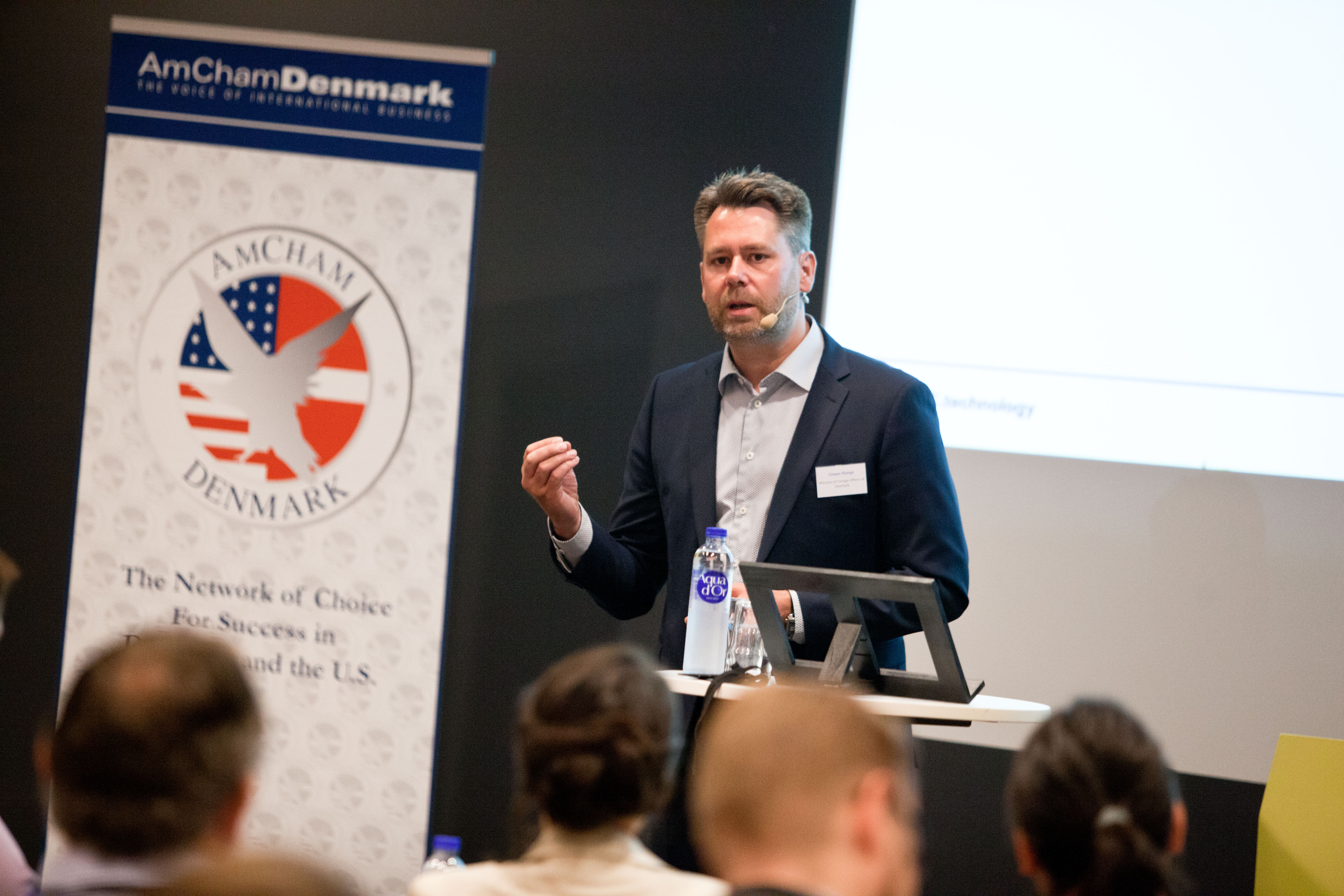 Danish Tech Ambassador Casper Klynge met with AmCham members, providing a first-hand account of his role as the world’s first Tech Ambassador, a non-traditional role whose purpose is to build relationships with technology companies due to their growing influence around the globe.

The latest installment of AmCham’s Meet-the-Leaders series was hosted by DXC Technology, where DXC’s Vice President (North Region) Jørgen Jakobsen was on hand to welcome the Ambassador and participants.

Ambassador Klynge delivered an engaging presentation on his main priorities as Tech Ambassador, sharing insights on how he and his team drive the tech agenda on a global scale.

In his remarks, the Ambassador specifically highlighted the need for tech companies to engage with governments and diplomats as this would create many opportunities for both businesses and nation states.

Following the Ambassador’s speech, AmCham’s Stephen Brugger led an interactive Q&A session, where participants had the opportunity to engage the Ambassador directly on a wide range of topics.

About Ambassador Klynge
Casper Klynge began his position as Denmark’s tech ambassador in September 2017. He has many years of international experience in the Ministry of Foreign Affairs, latest as the Danish Ambassador to Indonesia as well as to Cyprus. He has also served on several development projects in Afghanistan, Africa, and Kosovo. Casper Klynge holds an MA in Political Science & International Relations from the University of Copenhagen.

The event was hosted by 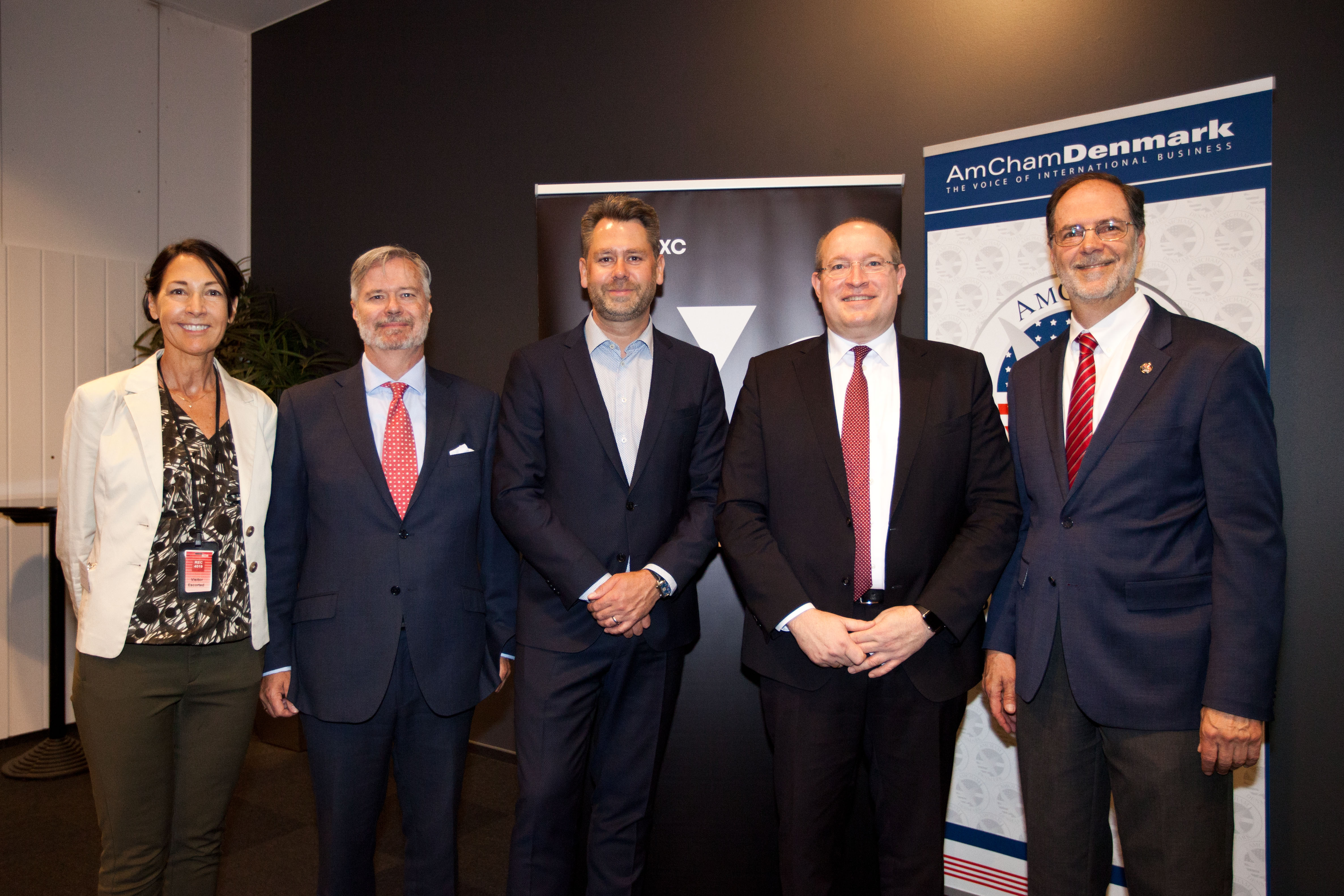 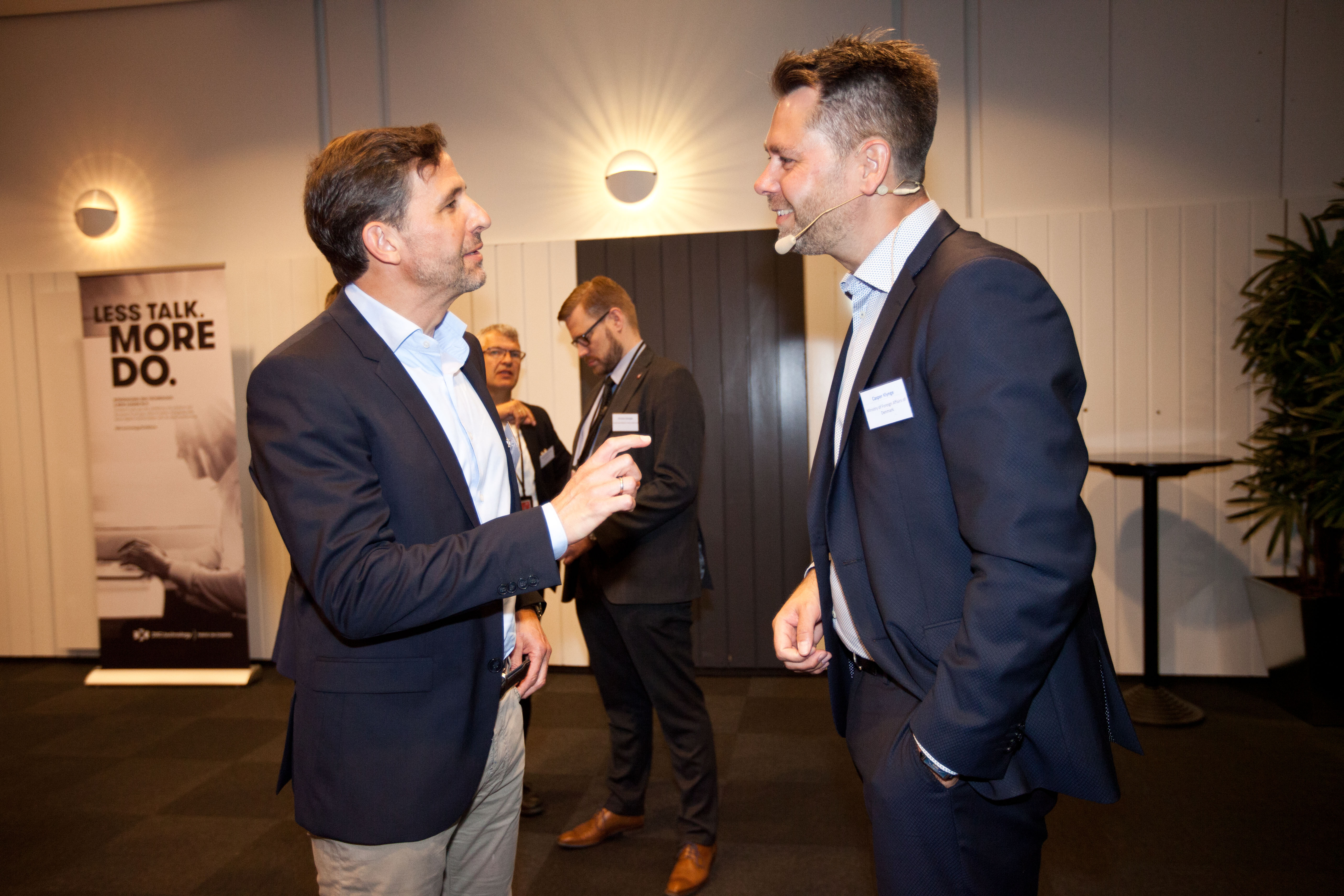 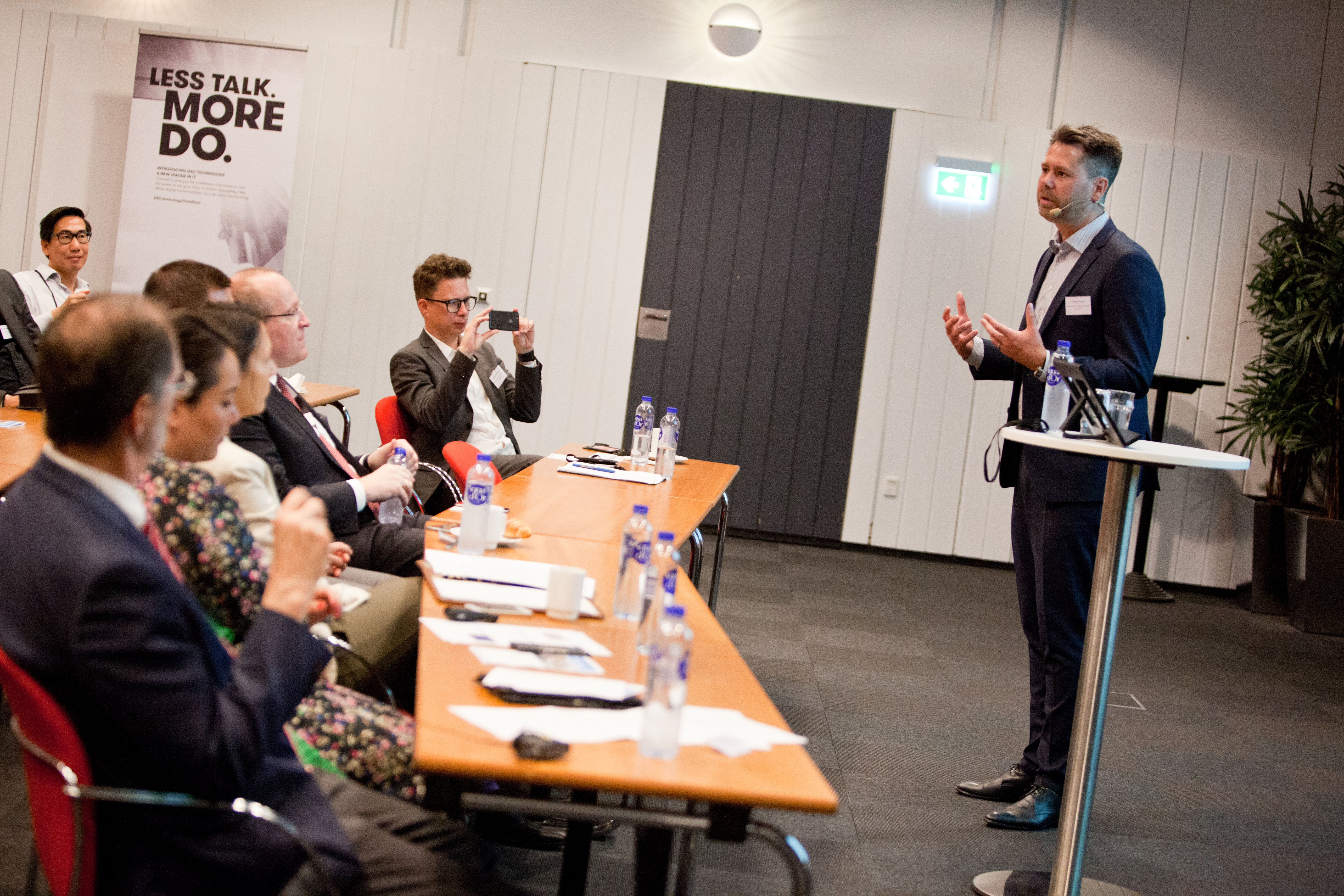 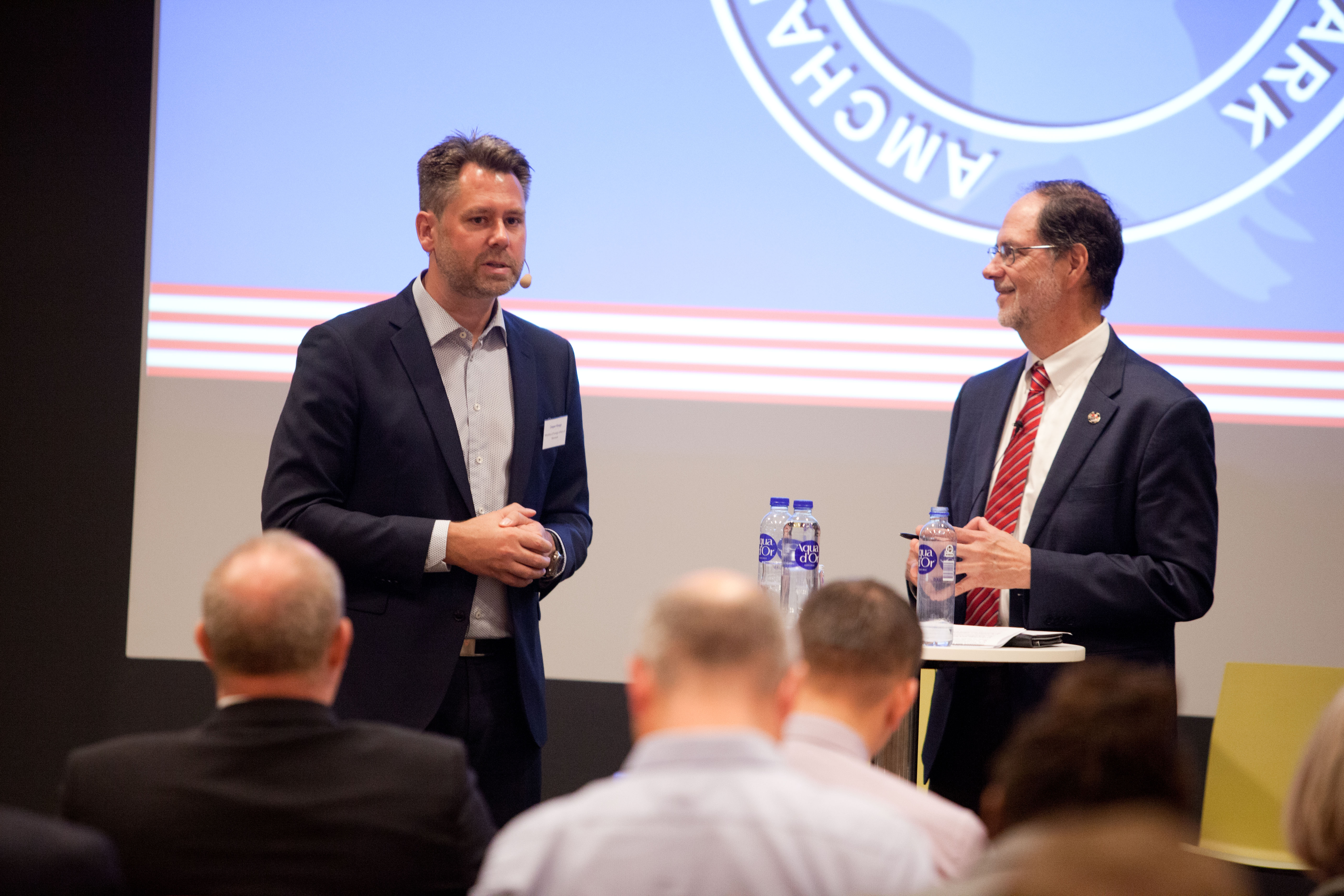