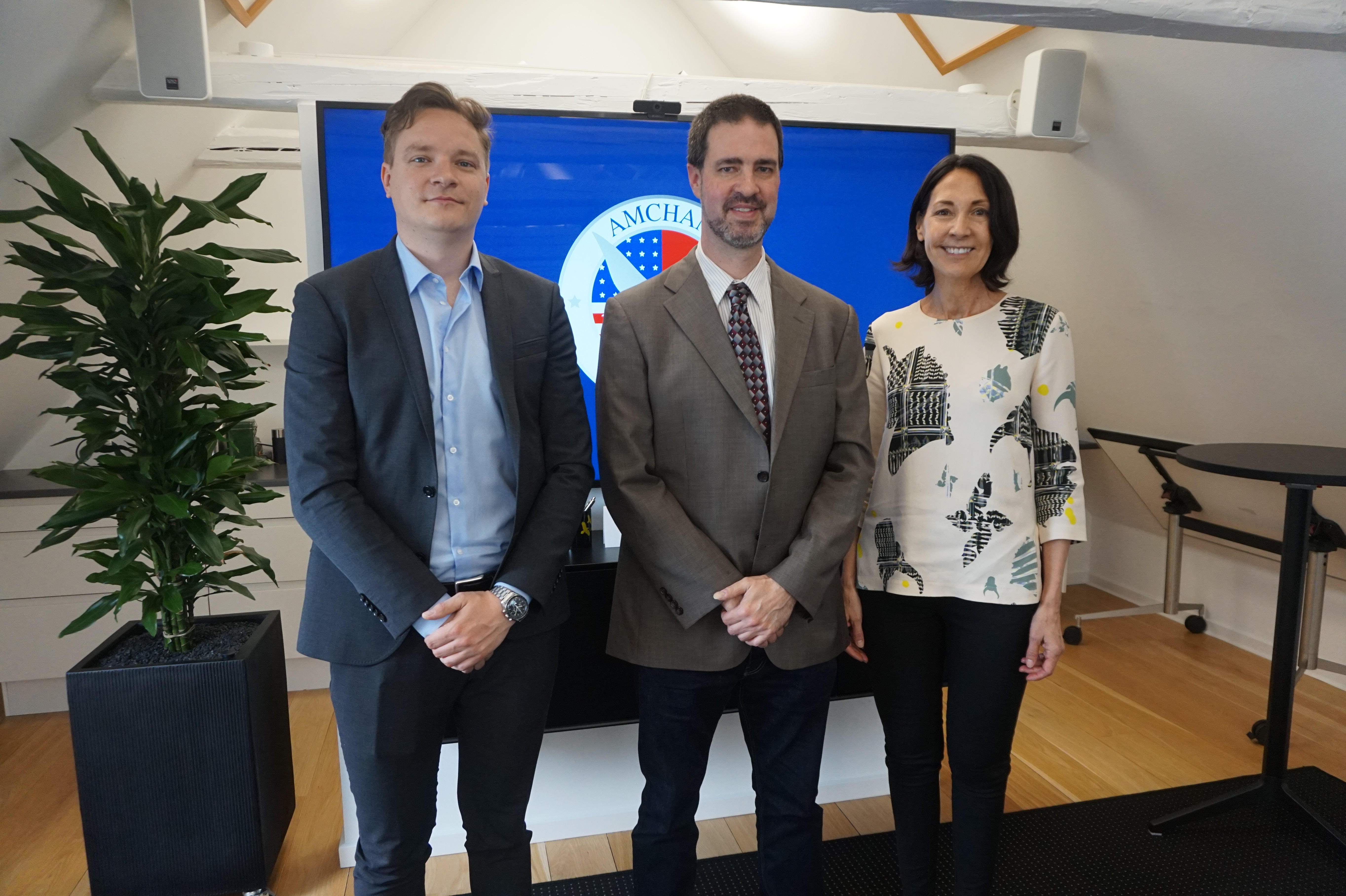 On May 21, AmCham’s Security Committee hosted a PowerBreakfast on Chinese investment strategy, and its impact on the transatlantic cooperation and businesses operating on both sides of the Atlantic.

Carnegie Tsingshua Non-Resident Scholar Matthew Ferchen talked about the need for EU and the U.S. to reassess the relationship with China, by focusing on the key areas of tension including business/market access; National security/critical infrastructure; Human rights issues; and lack of academic freedom.

Ferchen noted that China has increasingly stood out as a priority for EU domestic and foreign policy: From a new EU mechanism for screening foreign direct investments to a new EU strategy on European and Asian connectivity as a response to China’s own Belt and Road Initiative. Such discussions have taken place in the midst of an increasingly protracted U.S.-China trade war and have prompted questions about whether the Transatlantic alliance could, or should, be given new life with a focus on a common China challenge.

From the business perspective, there is both a fear of engagement along with a desire for access to market share. Ferchen noted that the logic of cooperation versus the rules of engagement in China are quite different, so it is critical to set expectations if doing business with and in China.

The event ended with an open discussion with the many stakeholders on their concerns and experience in this area.