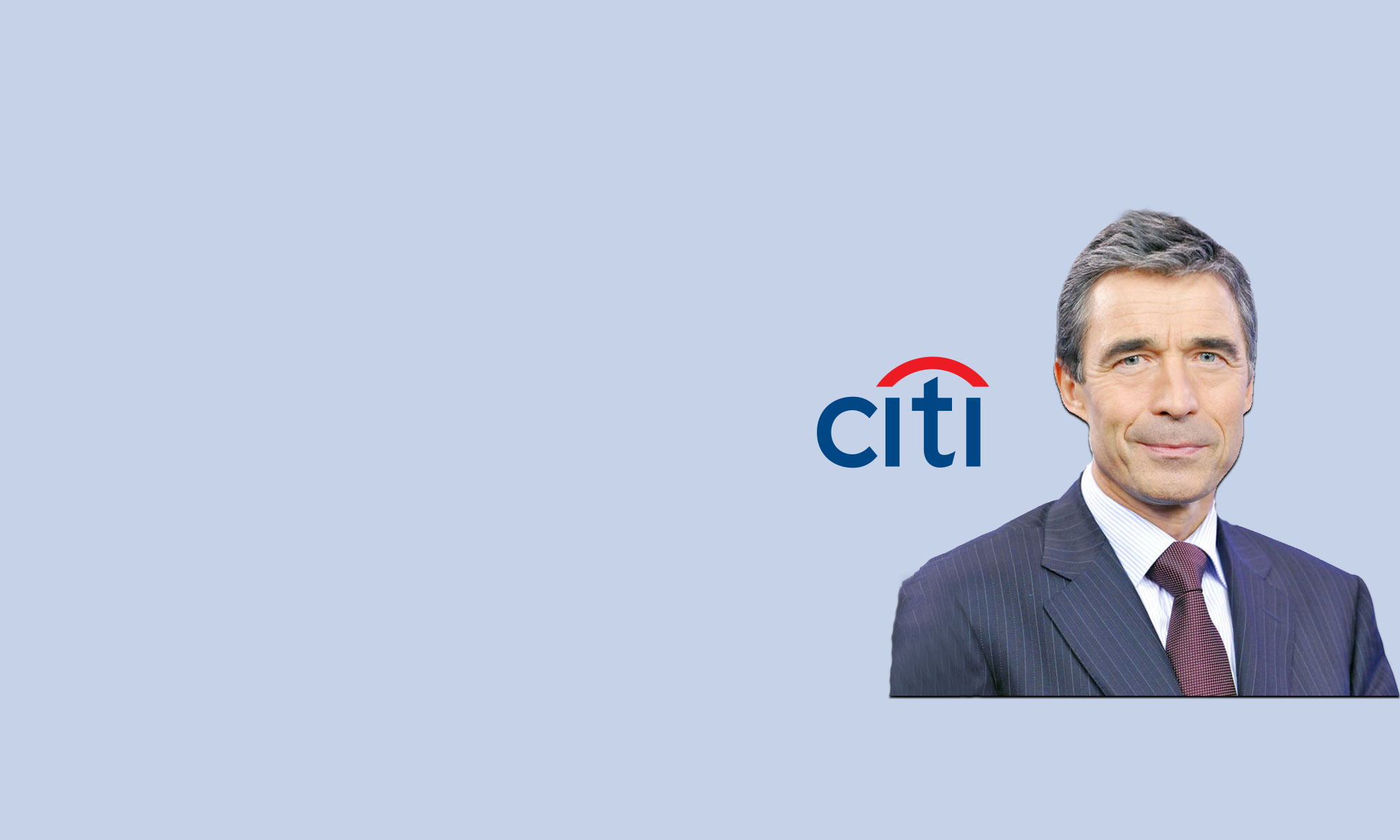 Citi today announced the appointment of Anders Fogh Rasmussen, the former Secretary General of NATO and former Prime Minister of Denmark. He joins as a senior advisor in Citi’s European, Middle East and Africa business, with a primary focus on the Nordic region.

“Anders brings excellent relationships along with vast experience and knowledge of geopolitics, at a time when a deep understanding of the forces shaping our global economy have never been more critical for our clients”, said Philip Drury, Citi’s head of banking, capital markets and advisory for EMEA.

Mr. Rasmussen has been at the centre of European and global politics for over three decades serving as a leading Danish parliamentarian, Danish Minister of Economic Affairs, Prime Minister of Denmark, and as Secretary General of NATO.

“Understanding global geopolitics and international affairs is more important than ever for senior corporate decision makers. Anders has unique insights and relationships that will be of tremendous value to us and our clients and we look forward to a very successful relationship.” said Lars Ingemarsson, co-Head of Nordic Investment Banking at Citi.

Anders Fogh Rasmussen began his political career in 1978, becoming the youngest member of Parliament in Denmark at the age of 25. He was promoted to Minister of Economic Affairs in 1990 and became Prime Minister of Denmark in 2001. He held this position until 2009 when he was appointed Secretary General of NATO. During his tenure, he developed a Strategic Concept which sets the Alliance’s core priorities for the future. Since 2014 he’s the CEO of geopolitical consultancy Rasmussen Global.

Mr. Rasmussen said: “I’m delighted to be appointed as an advisor to the world’s most global bank.  In recent weeks, we have seen vividly how global events have a major impact on businesses’ operations. The geopolitical implications of Covid-19 will be substantial and I look forward to helping Citi and its clients understand how to navigate them. Citi is demonstrating its long-term commitment to the Nordics and beyond, and I see my contribution as helping to bring investment and growth back to our economies as soon as possible.”