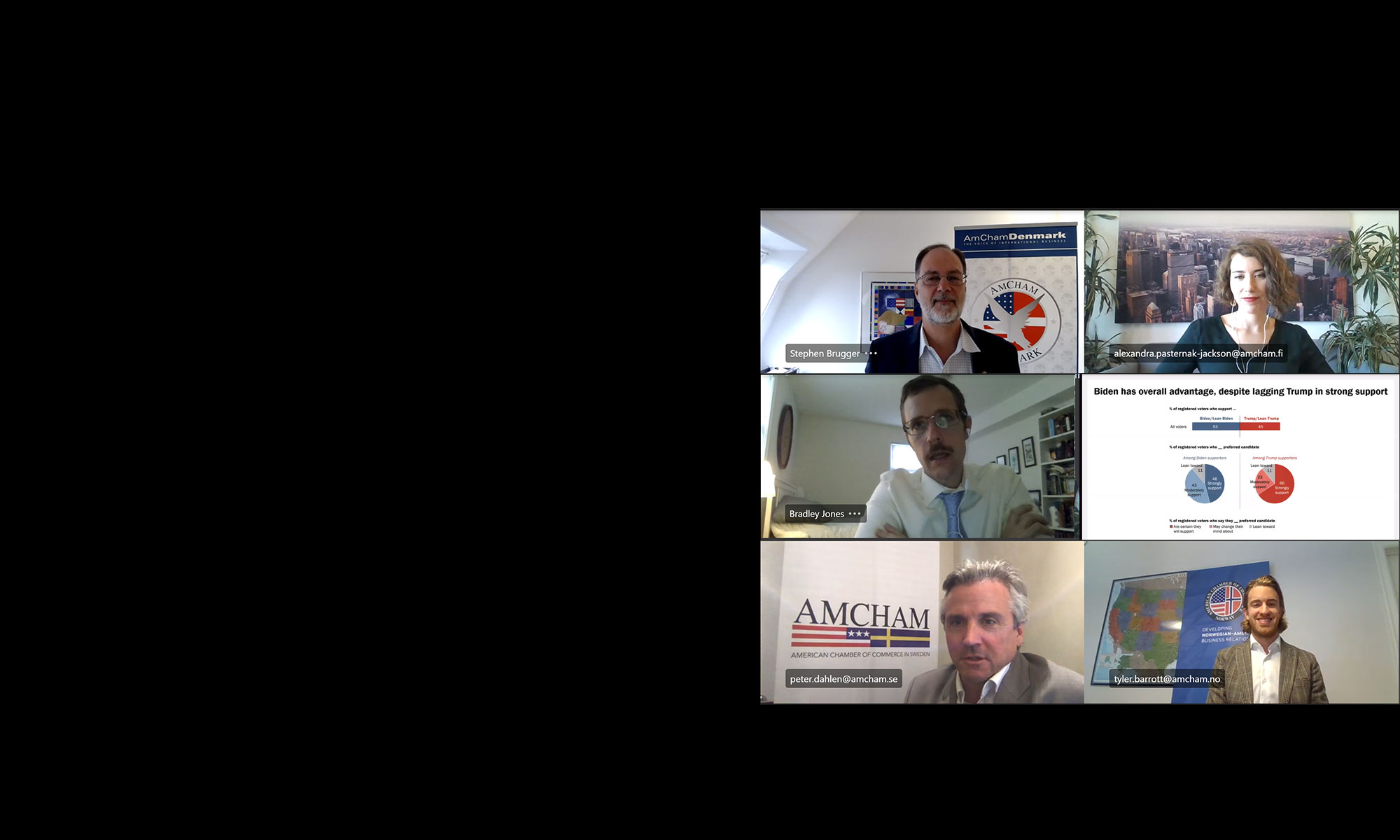 How U.S. Voters Think Ahead of the 2020 Presidential Election

On August 27, AmCham Denmark, in partnership with the Nordic AmChams, hosted an insightful session on U.S. voter attitudes ahead of the 2020 Presidential Election with Pew Research Center’s Bradley Jones.

With 67 days left to Election Day, the race for the White House is intensifying by the day, as President Trump and Democratic Presidential Candidate Joe Biden work tirelessly to be in voters’ favor. Since elections are won on the margins, voter group attitudes are key in understanding and maybe even projecting the outcome of a given election. With headline-sweeping issues such as the economic decline, racial protest movements and a raging global pandemic with record-setting casualties, President Trump appears to be lagging behind in the horse race – at least according to the polls.

During the session, Brad Jones shared his data-based insights on how specific demographic groups position themselves politically and how voter attitudes towards particular political values influence party partisanship.

You can watch the full session with Brad Jones in the column on the right.

About Brad Jones
Brad Jones is a research associate at Pew Research Center, where he primarily works on U.S. public opinion about politics. He is involved in all stages of the research process at the Center. He has a doctorate in political science from the University of Wisconsin, Madison. His graduate work explored the connection between deeply held moral intuitions and public opinion. Jones regularly presents to outside audiences and at the American Association for Public Opinion Research’s annual conference.