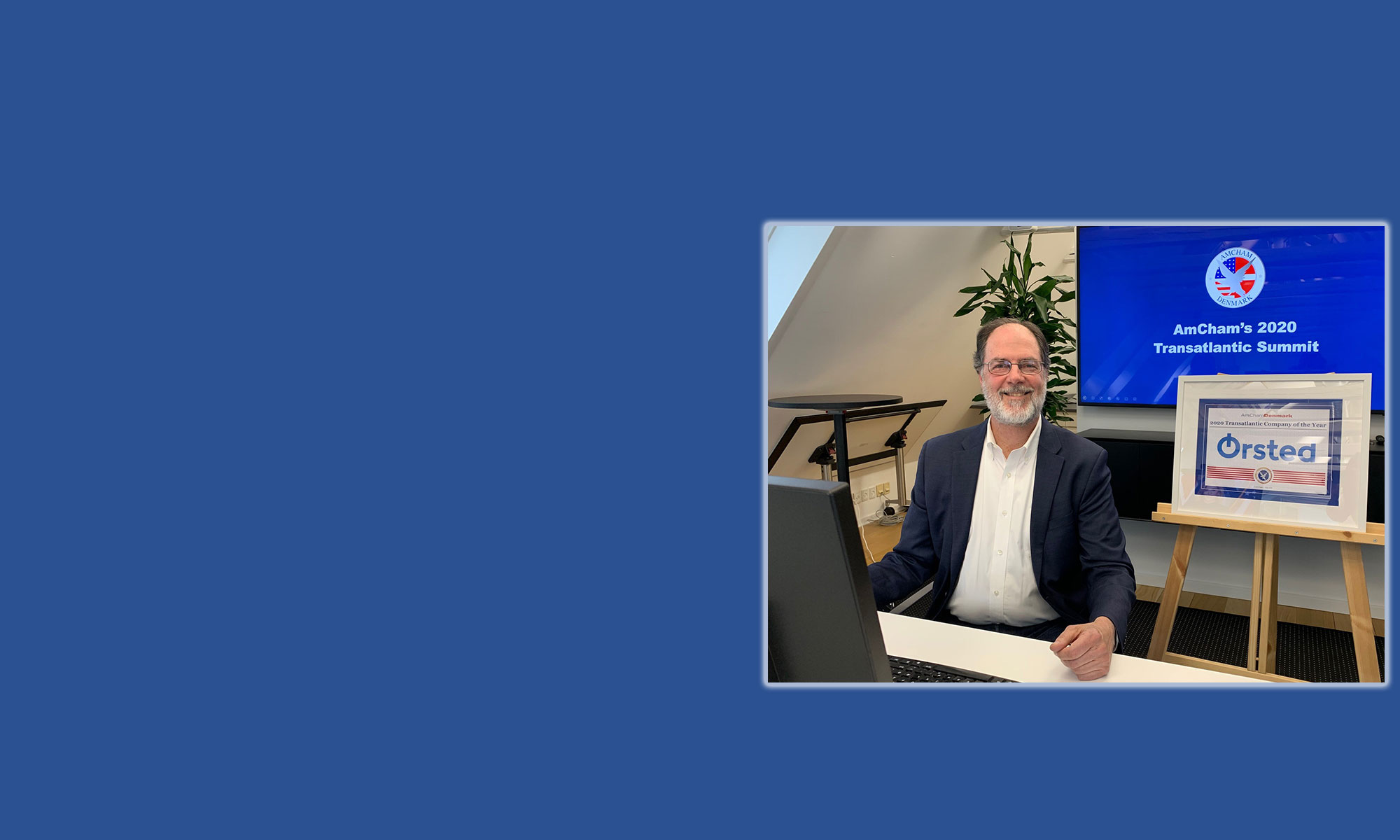 Transatlantic Relations in a Post-COVID-19 World

On May 14, AmCham held a virtual Transatlantic Summit, which set focus on the current state of the transatlantic relationship.

Firstly, Senior Fellow at John Hopkins University Joe Quinlan presented key findings of the annual ‘Transatlantic Economy Report’, which he co-authored. The report is co-sponsored by AmCham Denmark and published by the U.S. Chamber of Commerce and the American Chamber of Commerce to the EU.

The United States and Europe share the most integrated economic partnership globally. Today, the relationship is being tested by the recent impact of the Coronavirus on supply chains and demand, persistent trade disputes, and uncertainty about the contours of the UK’s future economic relationship with the EU.

In a Danish perspective, the economic partnership with the U.S. is stronger than ever; Denmark plays a huge role in the U.S. considering its relative size; that U.S. jobs supported by Danish companies are around almost 41,000 and U.S. companies generate more than 41,000 jobs in Denmark, creating an increasingly equal, vital relationship.

Joe Quinlan also shared his take on the post-covid-19 world, which included a relative de-globalization or repatriazation of some manufacturing; increased digitalization in all aspects of life; and major innovation and changes in healthcare infrastructure globally.

The summit concluded with the announcement of Ørsted as the winner of the 2020 Transatlantic Company of the Year, presented by the Danish Ambassador to the U.S. Lone Dencker Wisborg and U.S. Ambassador to Denmark Carla Sands as well as and jury spokesman Jørgen Bardenfleth. Read more about the award winner here. About the Report
The ‘Transatlantic Economy’ study is conducted independently on an annual basis by Daniel Hamilton and Joseph Quinlan (John Hopkins University, Foreign Policy Institute).

This year’s edition features new inserts on topics such as Brexit and the EU-U.S. auto trade and investment landscape, as well as individual profiles for 30 European countries and all U.S. states. 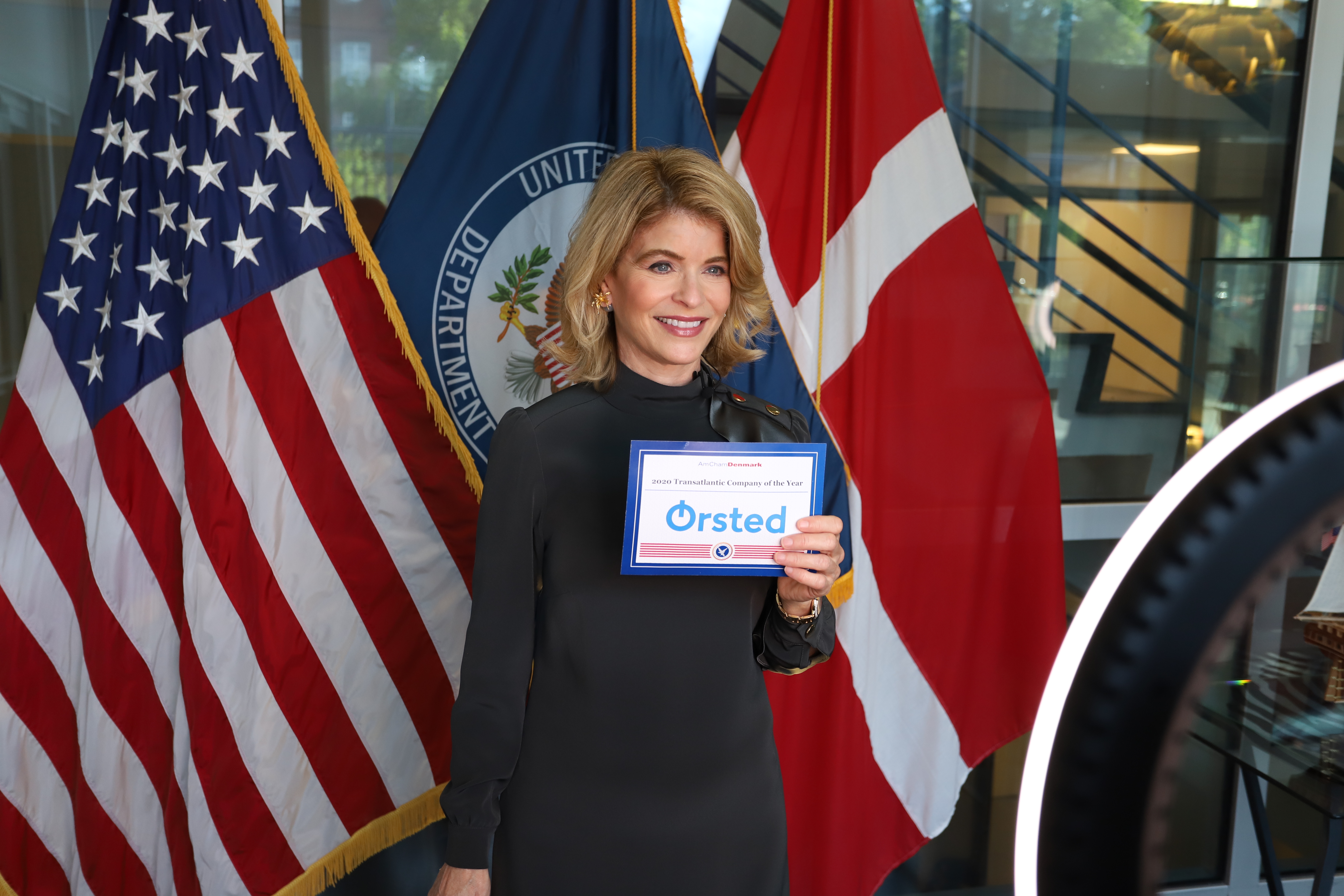 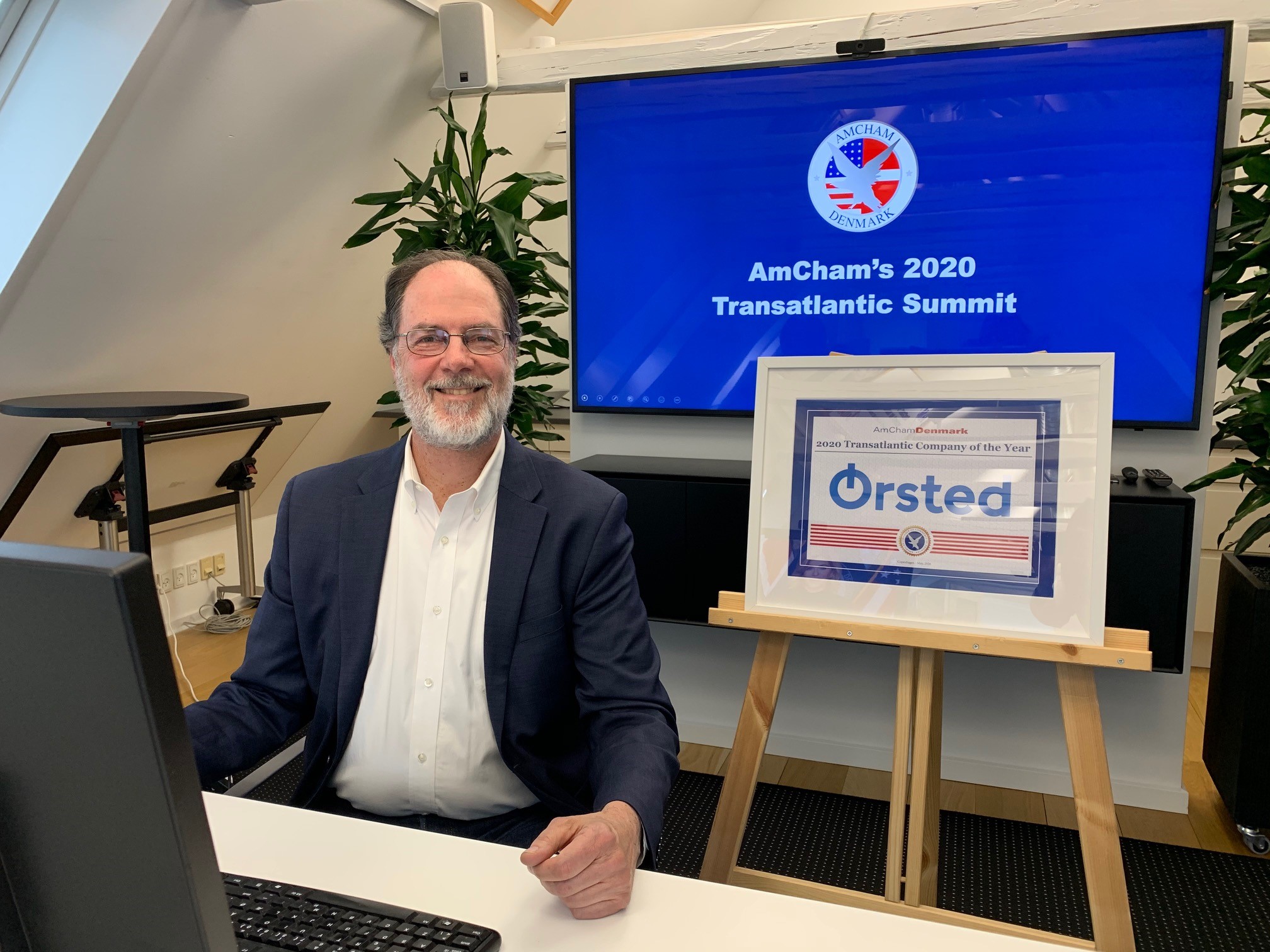 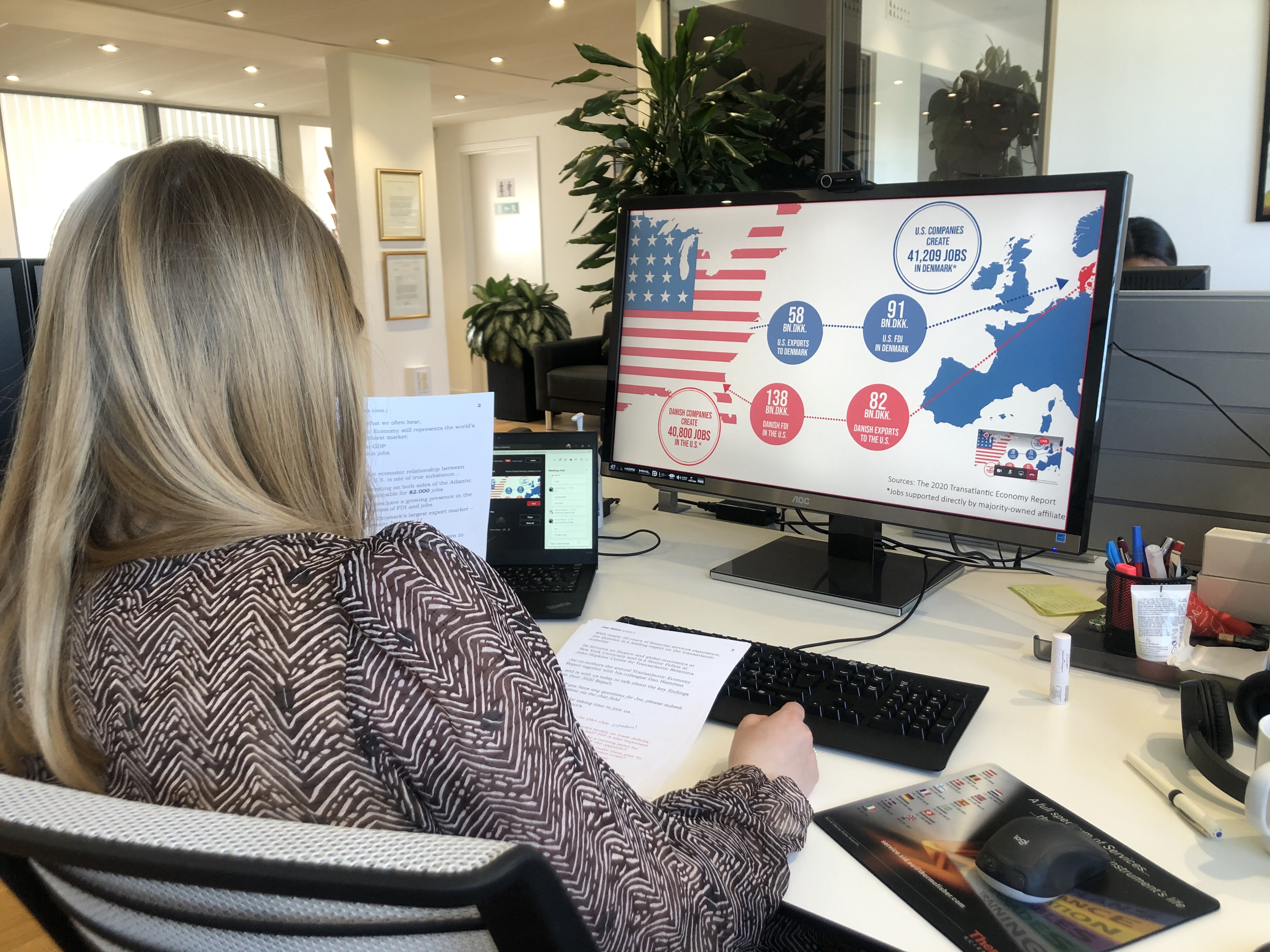 Behind the scenes at the AmCham office
1 / 4