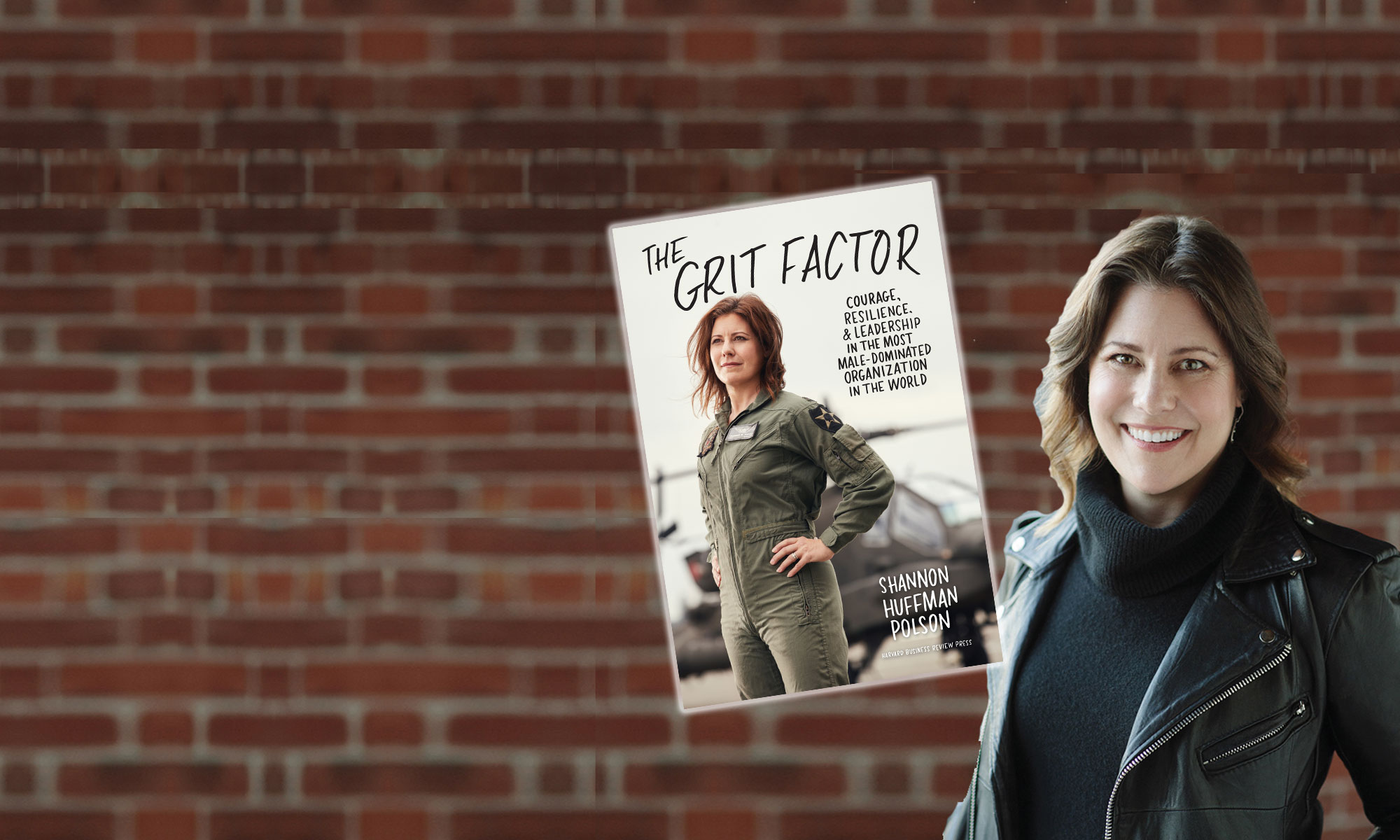 Shannon Huffman Polson knows about grit. A native of Alaska, at age nineteen she became the youngest woman ever to climb Mt. McKinley. After graduating she entered the military, becoming one of the first women to fly the Apache attack helicopter in the U..S Army. She led two flight platoons, serving on three continents before joining the corporate world. Time and again, she had to harness her inner strength to overcome adversity and attain her goals.

It wasn’t until leaving the Army that Polson realized the benefit of her experience and those of others. She began collecting candid stories of combat and career from trailblazing military women. In ‘The Grit Factor: Courage, Resilience, and Leadership in the Most Male-Dominated Organization in the World’, Polson tells their tales, detailing how they overcame adversity, and sharing how others can learn from their experiences. This cast of characters includes Heather Penney, one of the first female F-16 pilots; General Ann Dunwoody, first female four-star general in the Army; Marine Commander Amy McGrath, first woman to fly the F/A-18 in combat – and dozens of other unstoppable women who got there first; including Polson. These women learned to lead at the highest levels in the most complicated, challenging, male-dominated organization in the world.

While some focus on passion and perseverance, to Polson, grit is a skill; one that can be taught to help people overcome fear, break through uncertainty, and reach their full potential. In addition to relating insights from these remarkable women, she shares tactical exercises in the book to help people grow their grit through three phases – Commit, Learn, and Launch.

About the Author
Shannon Huffman Polson served as one of the first women to fly the Apache helicopter in the US Army. Her career as an Army officer and attack aviation leader around the globe spans almost a decade. In addition to her military service, she spent five years leading and managing in the corporate sector, at Guidant and Microsoft. As a dynamic, in-demand speaker, Polson reaches thousands of people a year at major organizations and large public venues on topics related to leadership, courage, resilience, and grit. She and her husband, Peter, have two energetic sons.