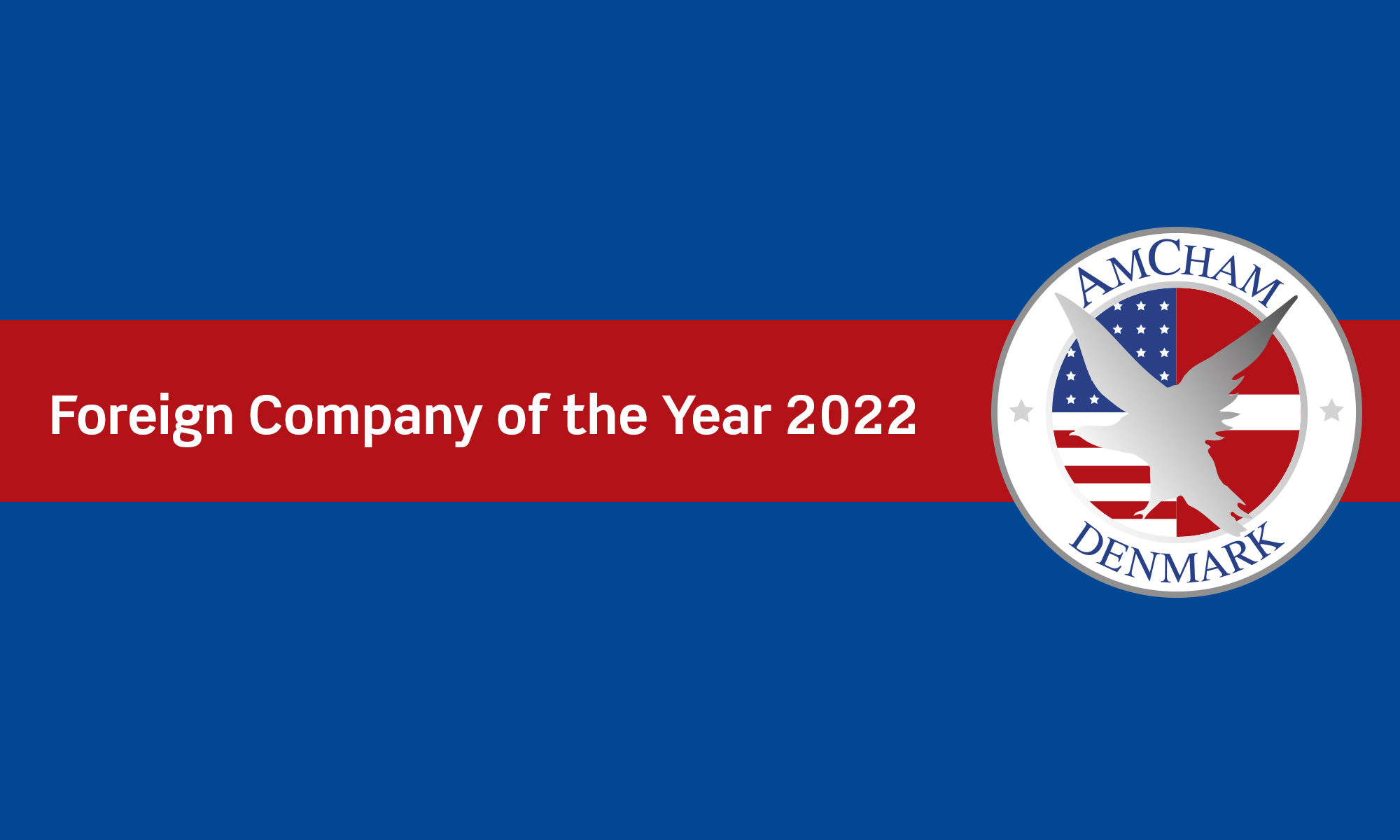 2022 Foreign Company of the Year (Nominations are Closed)

AmCham Denmark, in cooperation with Copenhagen Capacity, is pleased to announce that nominations for the 2022 Foreign Company of The Year are now open. This prestigious award celebrates the valuable contributions made by foreign companies investing in Denmark and the innovative practices they bring with them.

Eligibility / Criteria
AmCham’s 2022 Foreign Company of the Year will be awarded to a foreign company investing in Denmark that has recently demonstrated significant achievements in one or more of the following key areas:

The Jury
In order to ensure complete impartiality in the selection process, AmCham’s Board of Directors has appointed an independent jury of three distinguished business leaders to evaluate the applications and select the winner. The 2022 Jury is comprised of:

Winner announcement
The winner of the 2022 Foreign Company of the Year will be announced at AmCham’s 2022 Fall Member Dinner on October 11 at Moltkes Palæ.

Nominations
To be nominated for this year’s award, please contact AmCham’s Therese Oliver, at to@amcham.dk. Nominations are due by September 9.

Note: There is no charge to submit a nomination. However, if your company is chosen as a finalist, there is an administration fee to enter the final round (DKK 7.500 or 12.500 for non-members)