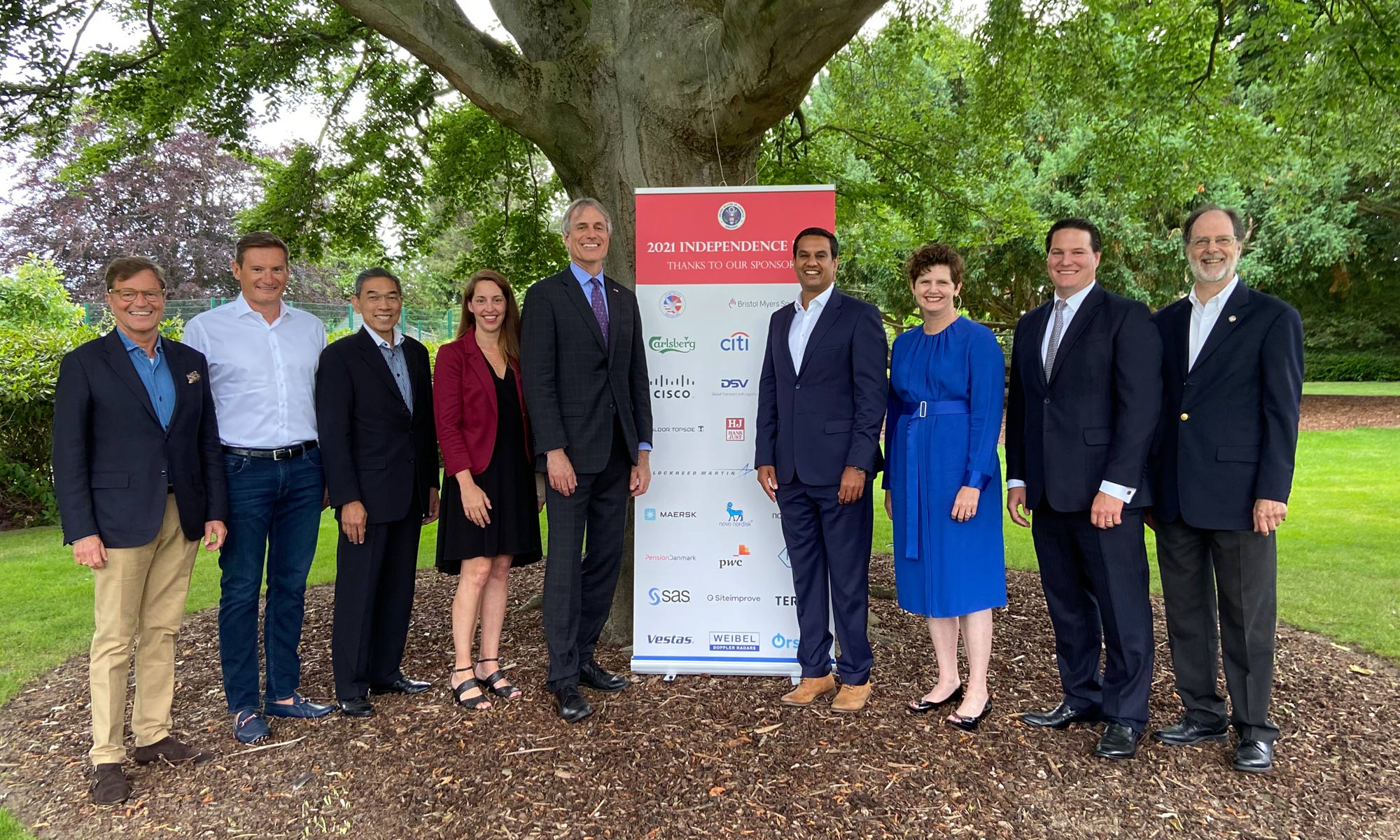 The reception was hosted by the Embassy’s Chargé d’Affaires Stuart Dwyer and featured an official United States color guard and inspiring renditions of the Danish and American national anthems by American singer John Andert.

Speaking to guests from the Rydhave terrace,  Stuart Dwyer said: “It is a privilege to advance this great alliance, and this deep friendship, between the United States and Kingdom of Denmark. With over 220 years of unbroken diplomatic relations between our countries, our relationship is – and will remain – ironclad.”

Dwyer continued by saying: “The democratic values we hold dear — and ideals to which we aspire — are the foundation of the remarkable relationship between the U.S. and Denmark. We were pleased to celebrate – and reaffirm – those ties last month during the visit of our Secretary of State Antony Blinken.“

AmCham thanks its members for their generous support in making the Embassy’s annual celebration possible. 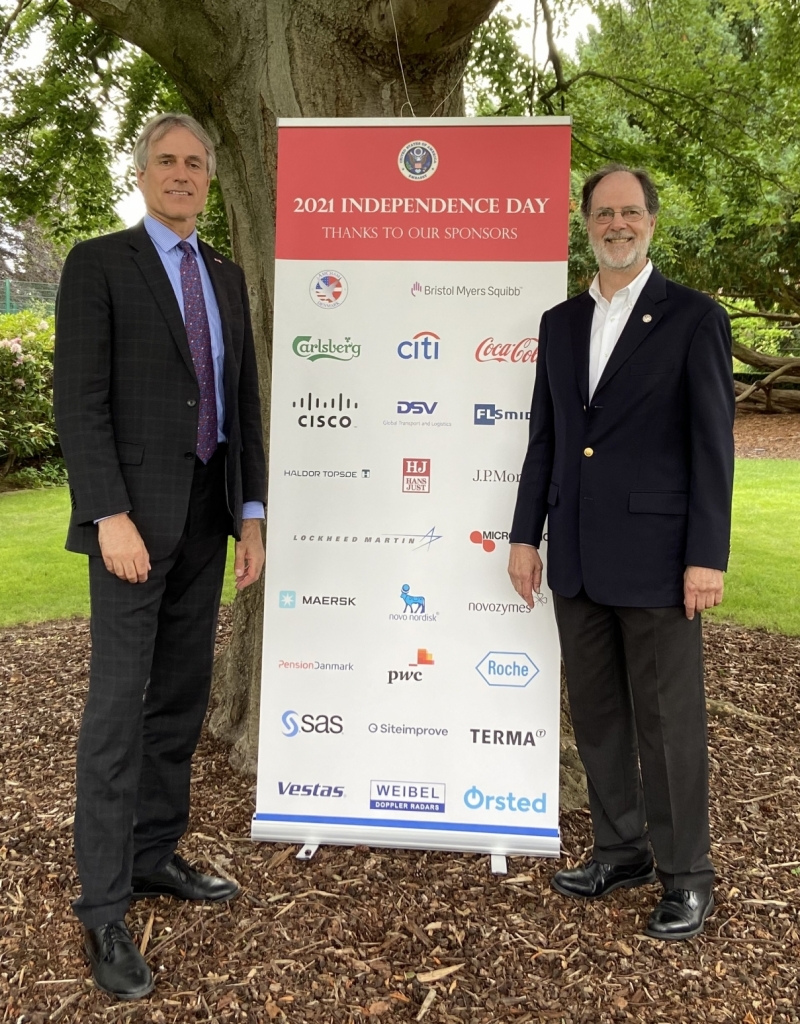