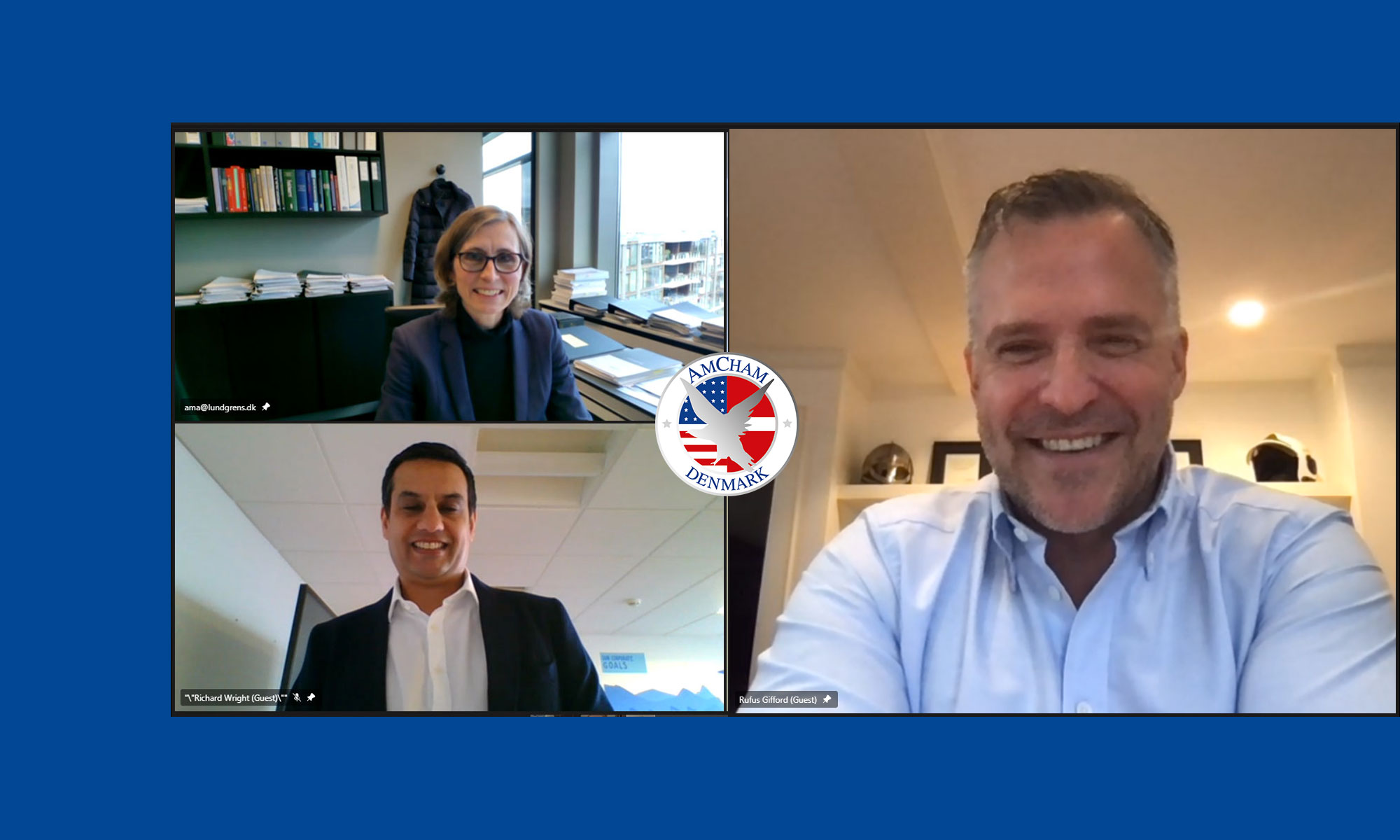 AGM Keynote
Following the AGM, former U.S. Ambassador to Denmark, Rufus Gifford shared his thoughts on the Biden Administration’s first 50 days as well as his unique insight on the current state of play in U.S. Politics – including implications for Transatlantic relations.

Board Report
AmCham Chair Richard Wright (Roche), kicked off the AGM with the report from the board-of-directors. During his presentation Wright noted: “Despite months of working from home and restrictions on in-person gatherings, 2020 was an incredibility active year for AmCham Denmark, where our team delivered more than 50 value-added events.”

Looking forward, Wright added: “With business travel limited and more people connecting virtually, the high-level access, trusted partnership, and corporate visibility that AmCham can provide will be increasingly valuable.” Wright rounded out by thanking AmCham members for their support and flexibility during a roller-coaster 2020.

AmCham Finances
In other AGM business, AmCham Treasurer, Rudi Baxter-Warman (Citi) reviewed the Chamber’s 2020 finances, which were prepared by Grant Thornton. At year-end, the accounts show that the Chamber has a solid financial foundation for the future. In presenting the 2021 budget, Baxter-Warman noted that revenue remains strong, thanks to AmCham’s Elite Partners and Patron members.

Board Elections
In the AGM board elections, Flemming Jørgensen (IFF), was elected as a new board member and the board appointments of Julie Brooker (Janssen-Cilag), Amy Herbert (Haldør Topsøe), Cori Petersen (FLSchmidt), and Carsten Videcrantz (Cisco) were confirmed. Additionally, 5 board members whose terms had expired were re-elected.

To see AmCham’s current Board of Directors, click here 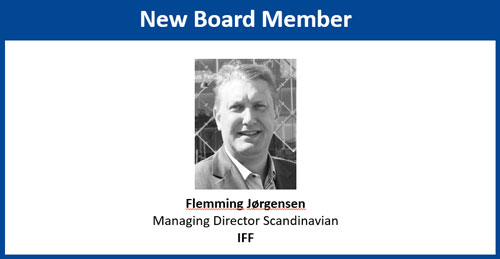 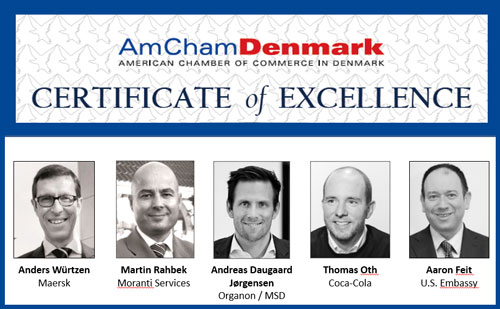 At the AGM, AmCham recognized 5 outgoing board members with virtual certificates of excellence for their tremendous support and personal commitment to the Chamber. 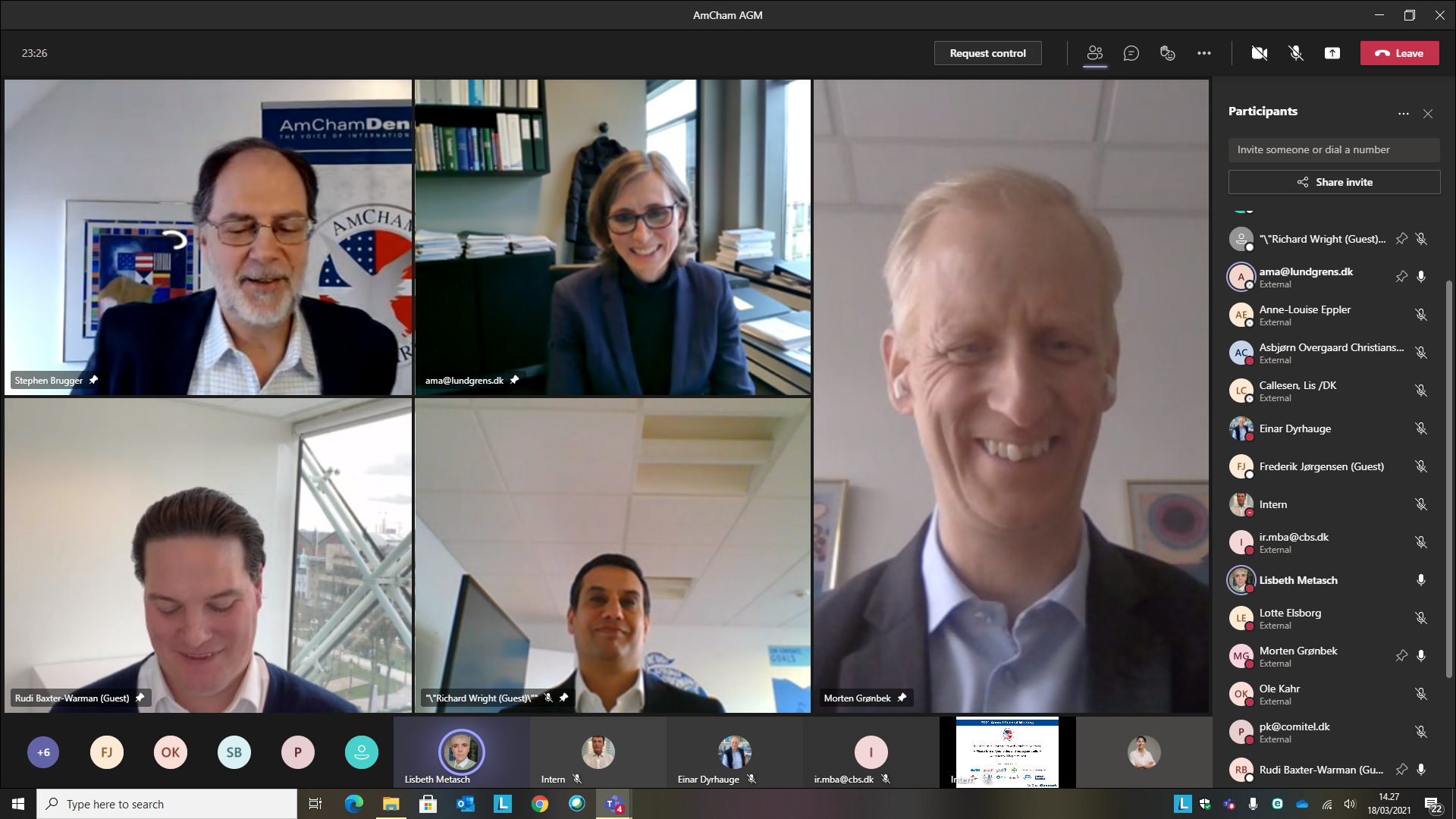 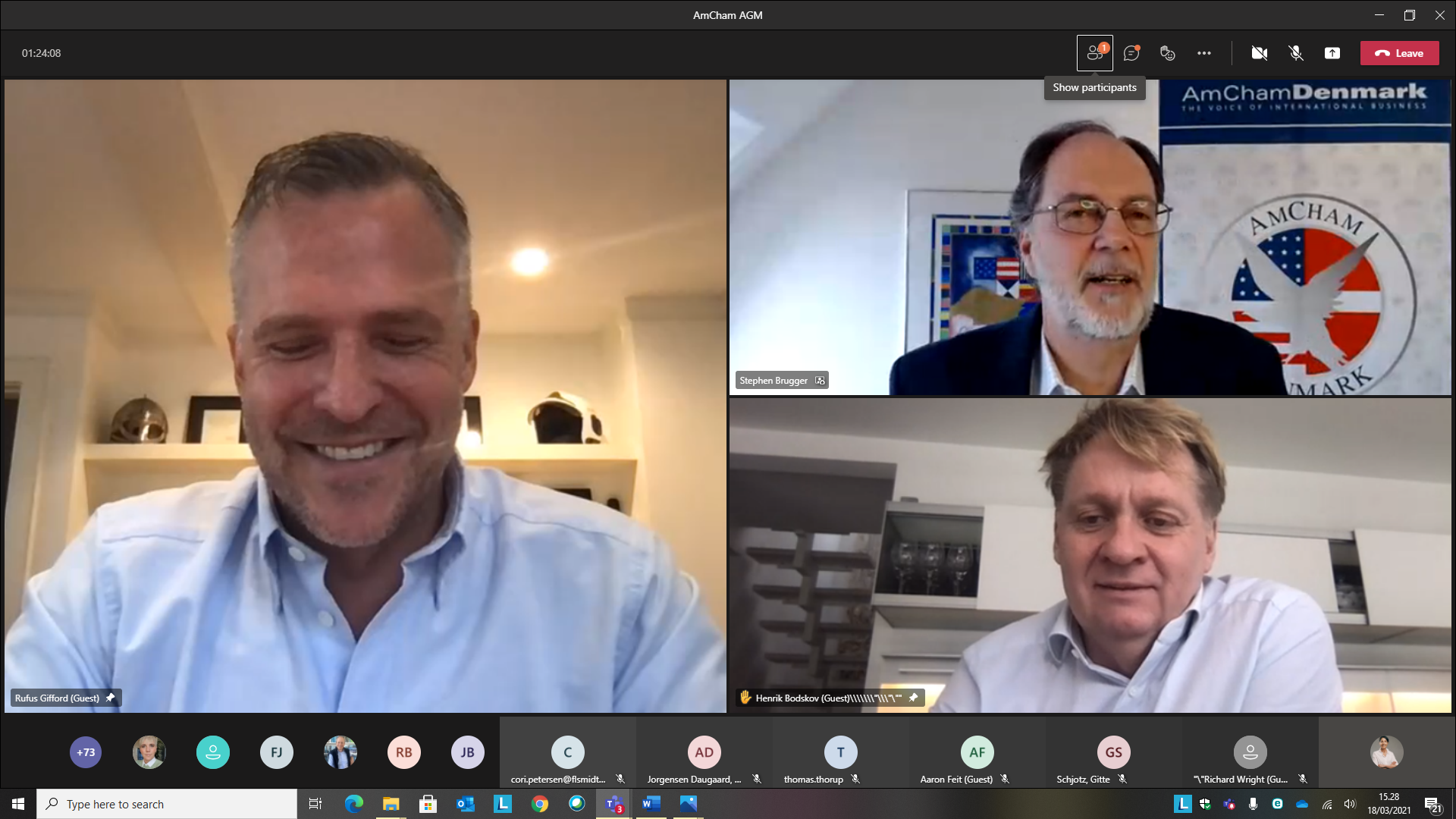 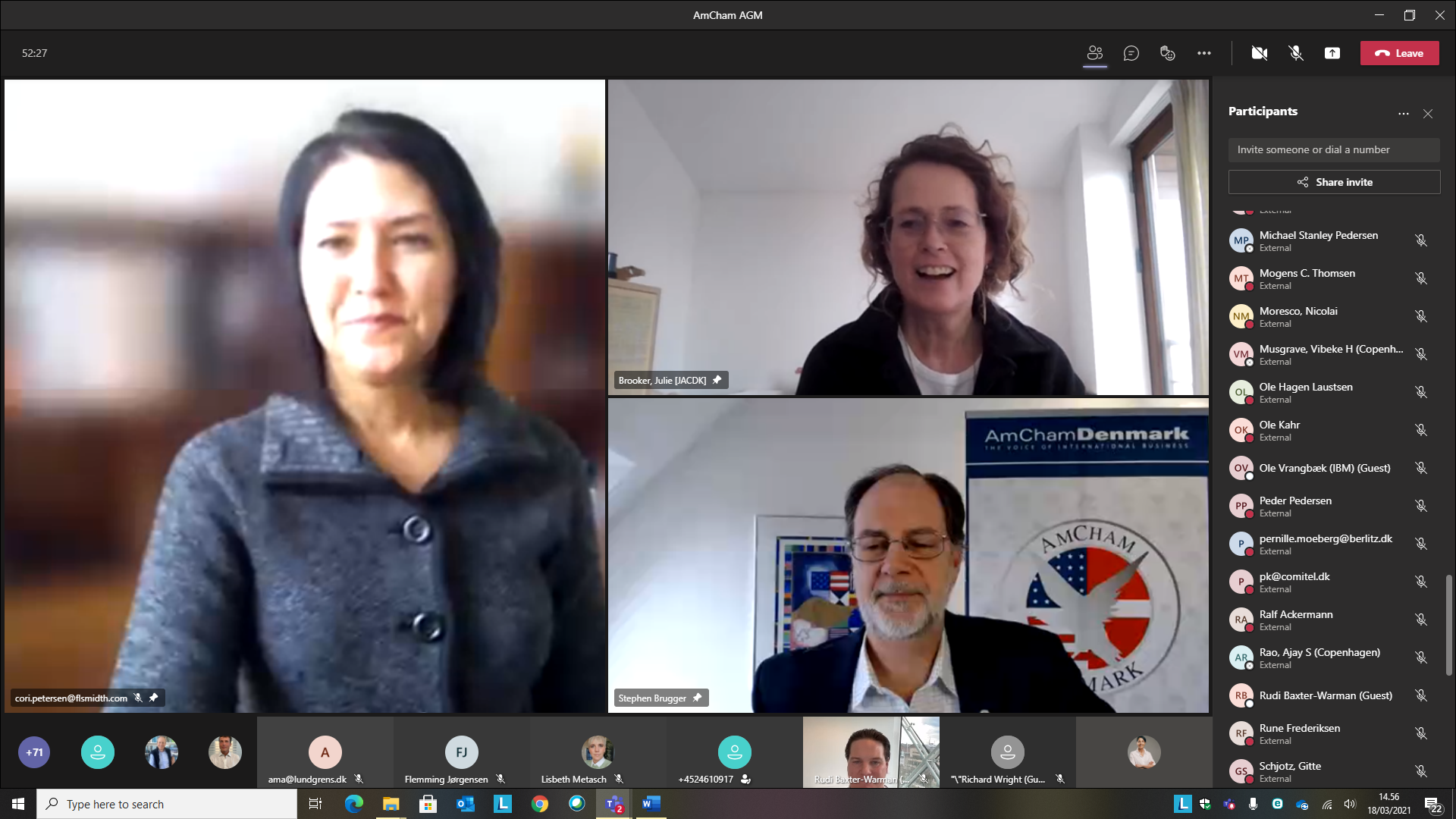 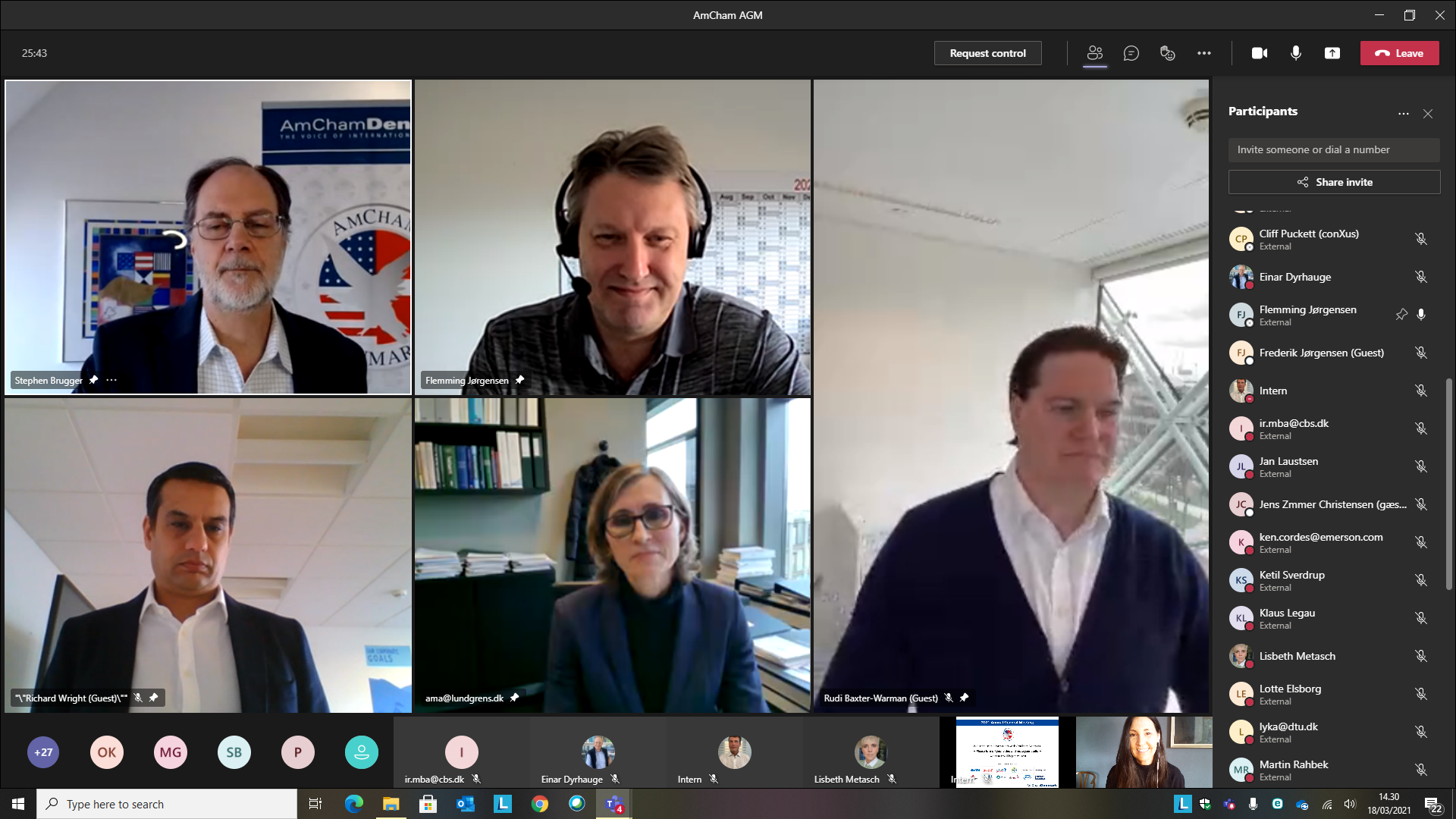 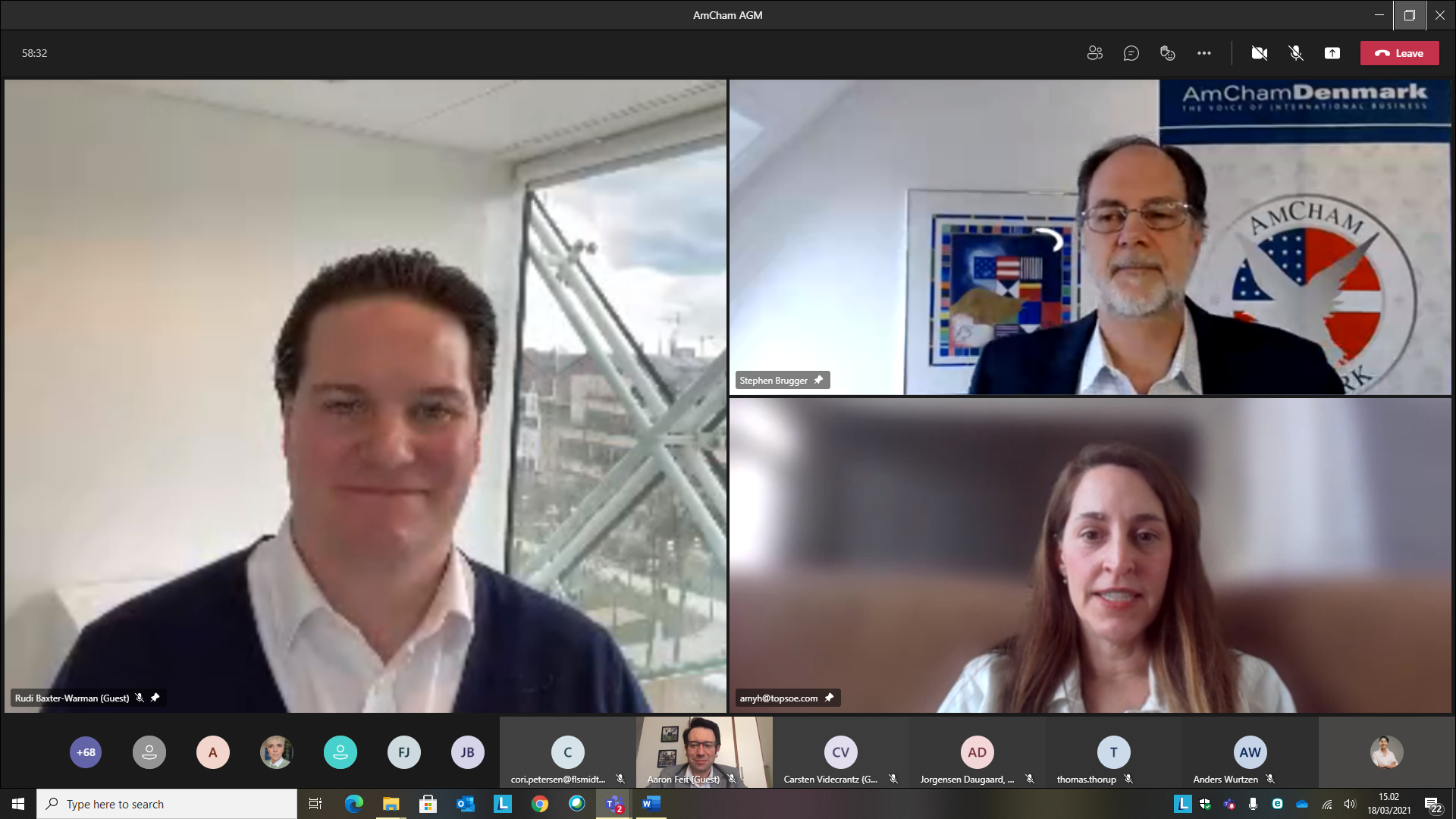