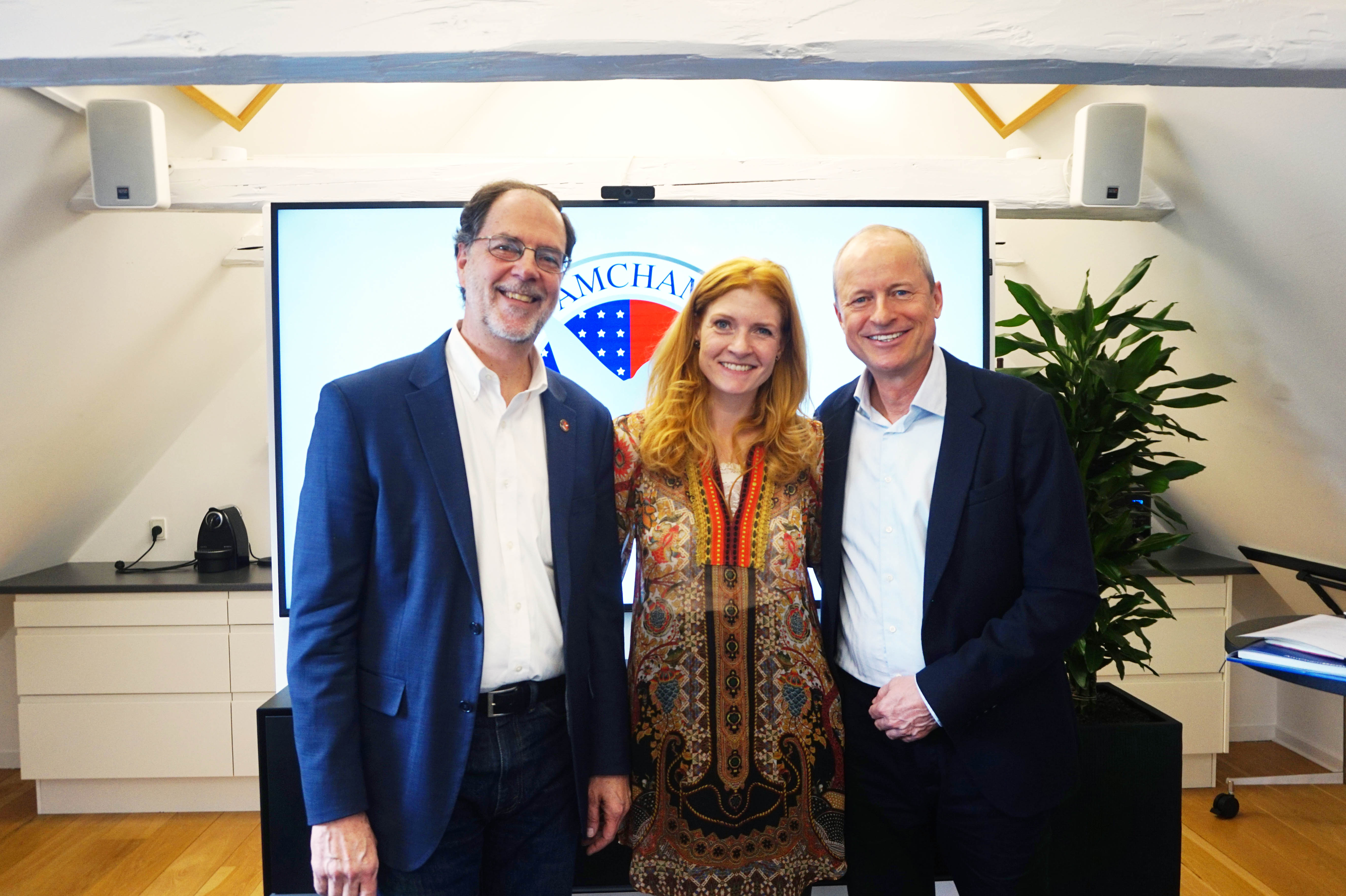 The Role of the Media with Nina Munch-Perrin

On April 12, AmCham’s Policy Committee hosted a PowerBreakfast on the role of the media during the upcoming Danish election with Nina Munch-Perrin, News Anchor at DR’s late night news.

Since December 2018, Nina Munch-Perrin has served as a TV news anchor on the Danish National Broadcasting Corporation DR. She has previously worked as DR’s business reporter (2012-2015) but is now returning to the newsroom to present the late evening news. Munch-Perrin has recently served as Communications Director for the business association Finance Denmark. She has also previously worked for the Danish newspaper Jyllands-Posten, the business daily Børsen and TV2 Finance. She holds a degree in Journalism from the Danish School of Journalism and a degree in Finance.