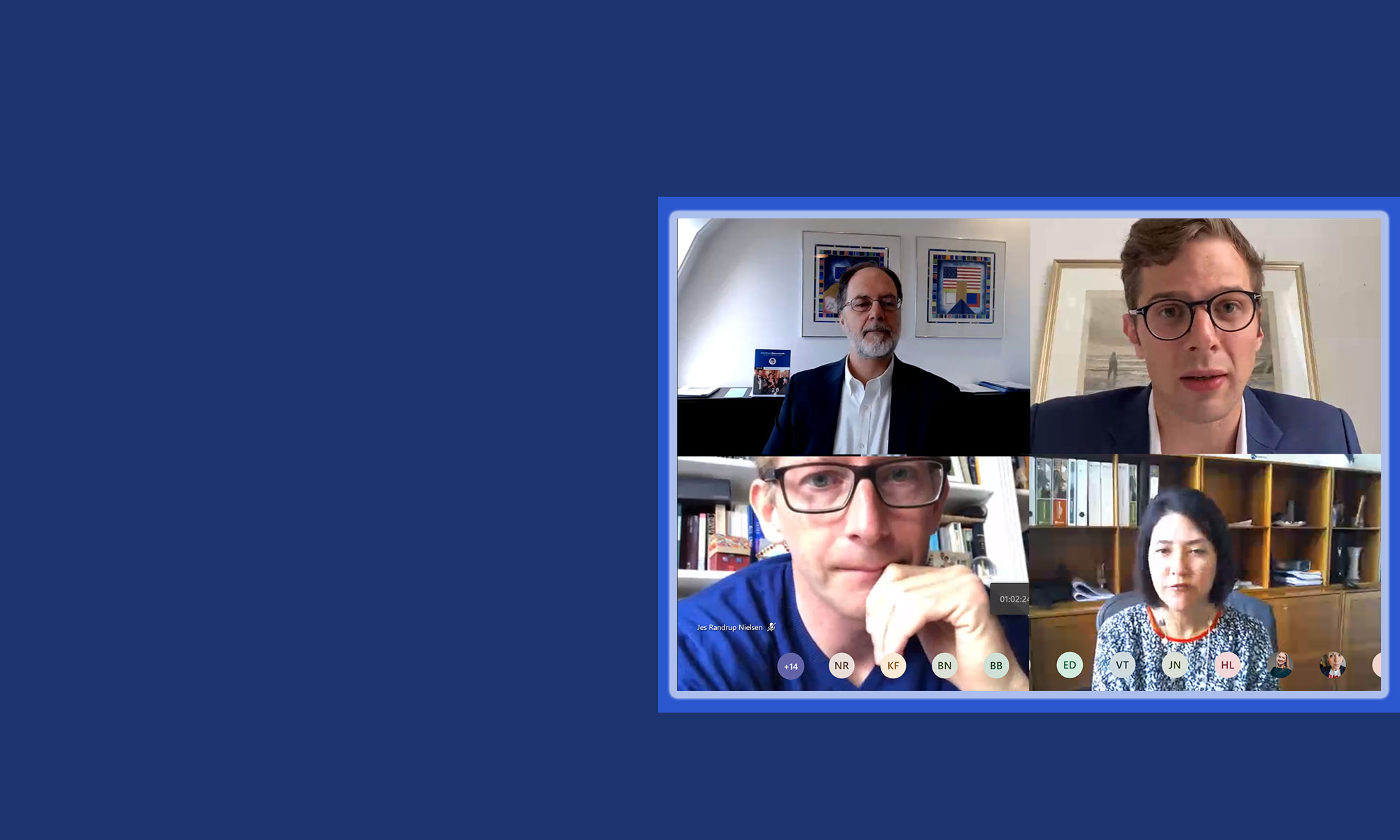 On May 5, AmCham’s Policy Forum held a virtual roundtable with Alex Vanopslagh, Member of Parliament and political leader of Liberal Alliance.

Vanopslagh provided AmCham’s members with a briefing on the Danish Parliament’s initiatives and relief packages to help companies recover from the covid-19 crisis – and to help kickstart the Danish economy in the wake of the public health crisis.

He also shared his vision for attracting foreign labor and foreign investments to Denmark in order to ensure a competitive business climate.

Alex Vanopslagh has served as a Member of Parliament and political leader of Liberal Alliance since June 2019. In 2014, Alex was elected Chair of the Liberal Alliance Youth, where he managed to double the membership during his two-year tenure. In 2017, he was elected to serve on the Copenhagen Municipal Council, a position he recently stepped down from in order to dedicate his time to leading the party. For the past three years, Alex has worked as a political consultant for the PA consulting bureau GRACE PA and he holds a Master in Political Science from the University of Copenhagen.