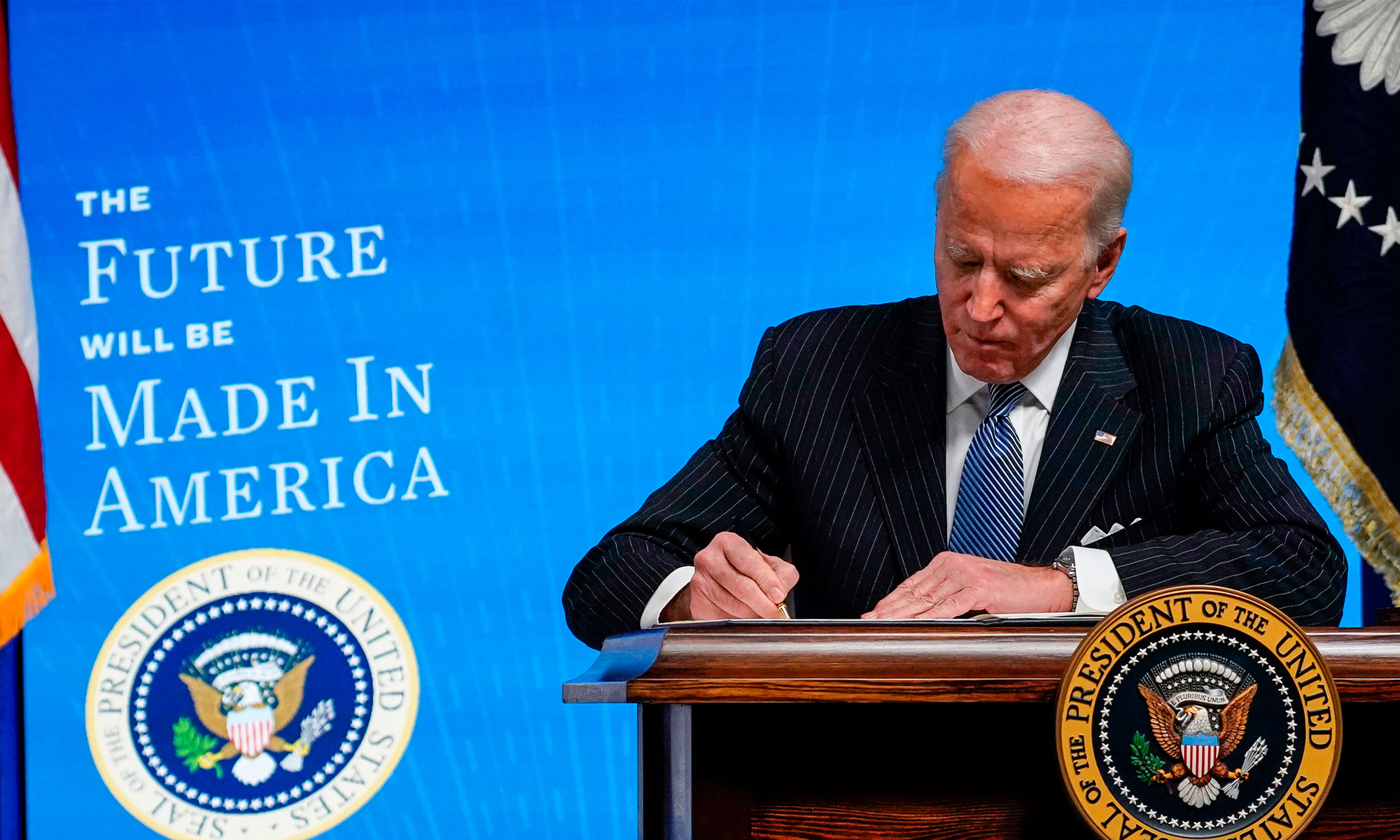 In response to the President’s action, the U.S. Chamber of Commerce issued a Q&A on “Buy American” policies impacting U.S. government procurement. “Buy American” rules have been a feature of U.S. policy for decades, to clear effect: 97% of the federal government’s procurements by value already go to U.S. firms.

Why it matters: Doubling down on already rigorous “Buy American” rules could drive up the cost of government projects, undermining their potential to create jobs and spur economic growth. Expanding “Buy American” rules may send a negative signal to potential foreign investors in the United States. These rules may also do little to support American workers, with evidence suggesting that new “Buy American” rules are generally an insufficient incentive for companies to move existing supply chains.

What is next: The executive order sets in motion a lengthy policymaking process, including federal register notices, comment periods, and hearings. The process will offer opportunities for business to weigh in on the policy shift.  However, supporters of Mr. Biden said the president’s unilateral actions were far less important for bolstering domestic manufacturing than the Buy American rules his administration has promised to include in an infrastructure proposal next month, which is expected to include trillions of dollars in new federal spending.

From the U.S. Chamber of Commerce