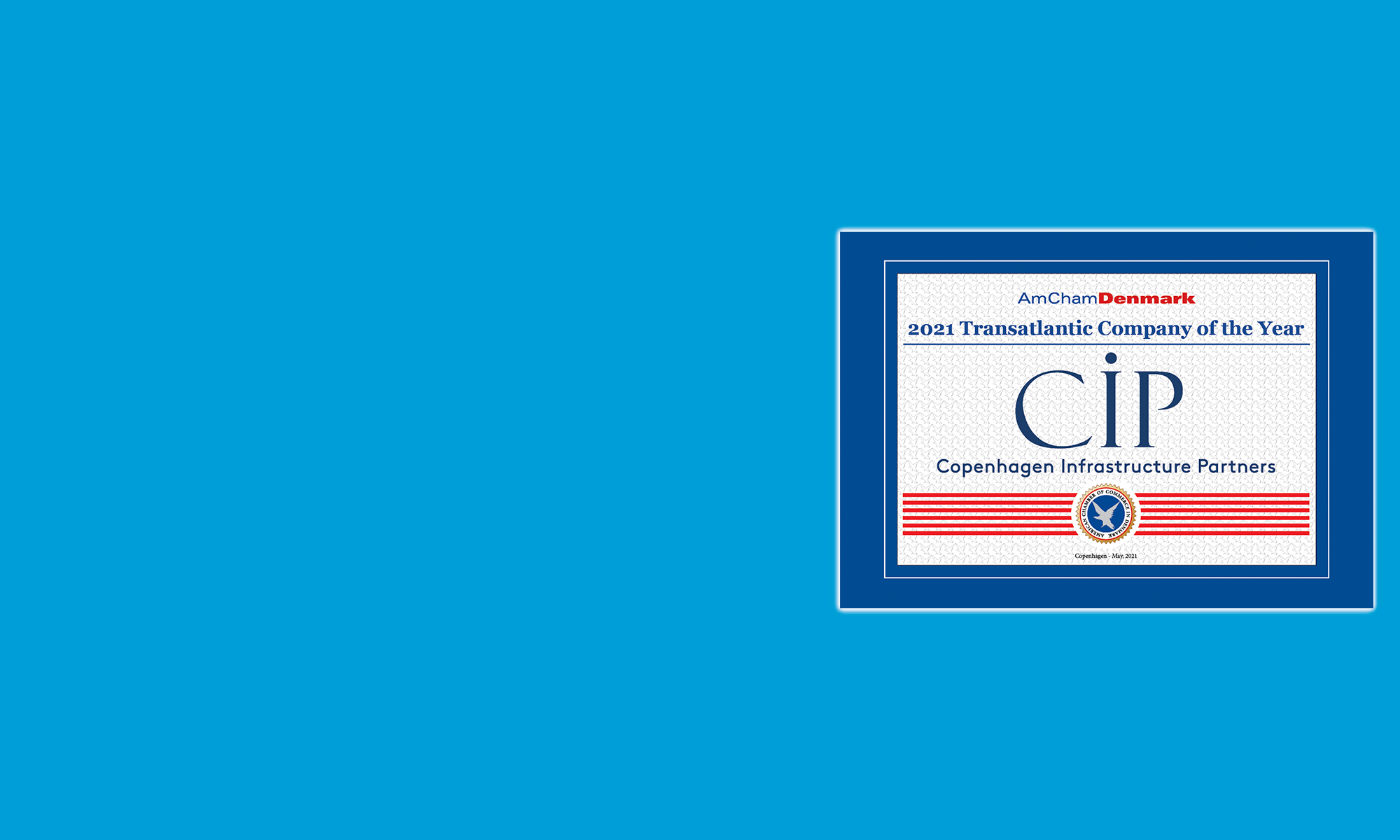 Copenhagen Infrastructure Partners has been recognized for their impressive growth and investments in renewable energy funds in the United States.

AmCham Denmark recognized Copenhagen Infrastructure Partners (CIP) as the winner of the 2021 Transatlantic Company of the Year at AmCham’s virtual Transatlantic Summit. The announcement was made by the U.S. Embassy Chargé d’Affaires Stuart A. Dwyer.

The annual award highlights the important contributions of Danish companies investing in the U.S. and is promoted in partnership with the American-Danish Business Council in Washington DC.

Spokesperson and Chairman of the jury, Jørgen Bardenfleth, noted that the jury was especially impressed by CIP’s role in  establishing twelve wind and solar power farms in the U.S. including the first large scale offshore wind farm off the coast of Martha’s Vineyard. Additionally CIP’s Community Benefits Schemes, job creation in local communities and their innovative solutions to address climate change through clean energy transition were important points for the jury’s decision.

CIP’s Way to Success in the U.S.
CIP is a fund management company founded in 2012, which specializes in the development of, and investment in, renewable energy infrastructure assets. CIP focuses on long term investments with a high degree of stability in cashflows and low correlation to the ordinary business cycles. On April 16th 2021 CIP closed its seventh and the largest dedicated renewable energy fund ever raised, at the hard cap of EUR 7 billion, with the U.S. being the largest market for the fund.

In accepting the award, Christian Skakkebæk, Senior Partner at CIP said, “The CIP teams are developing renewable energy projects, which build on the strong skills and knowledge within the renewable energy sector in both the U.S. and in Denmark. Our aim is to provide projects, which are not only sound investments for the pension funds, but that also contribute to further developing the U.S. renewables market. Key CIP funded projects include: The Vineyard Wind Offshore Wind project, the first large-scale offshore project in the U.S.; the Soo Green transmission project, which connects two energy markets and enables transportation of green power from Iowa to the Chicago area; and the Swan Lake pump storage project in Oregon, which facilitates further build out of renewable energy in the region.”

According to AmCham’s Executive Director, Stephen Brugger, the purpose of the award is to highlight the importance of Danish/U.S. trade & investment, and to showcase examples for others to follow.

“AmCham is proud to recognize CIP for their impressive investments in the U.S. and for being at the forefront of the America’s effort to address climate change through the clean energy transition. CIP is an excellent example of the tremendous potential for Danish companies in the U.S., which is Denmark’s largest export market,” he says.

AmCham congratulates Copenhagen Infrastructure Partners and recognizes all the finalists for their outstanding achievement.

See all the finalists for the 2021 Transatlantic Company of the Year here. 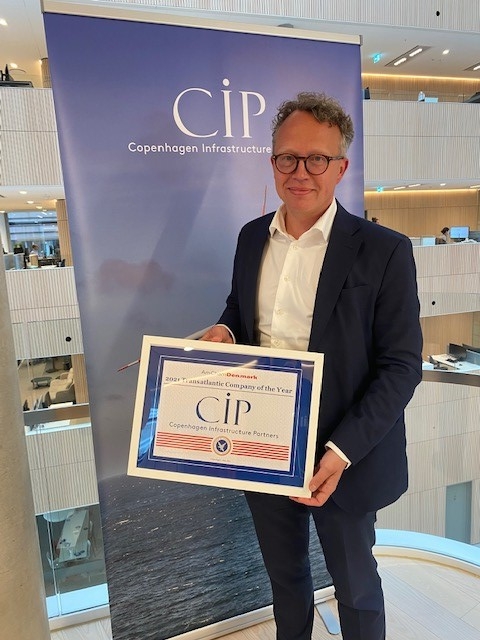 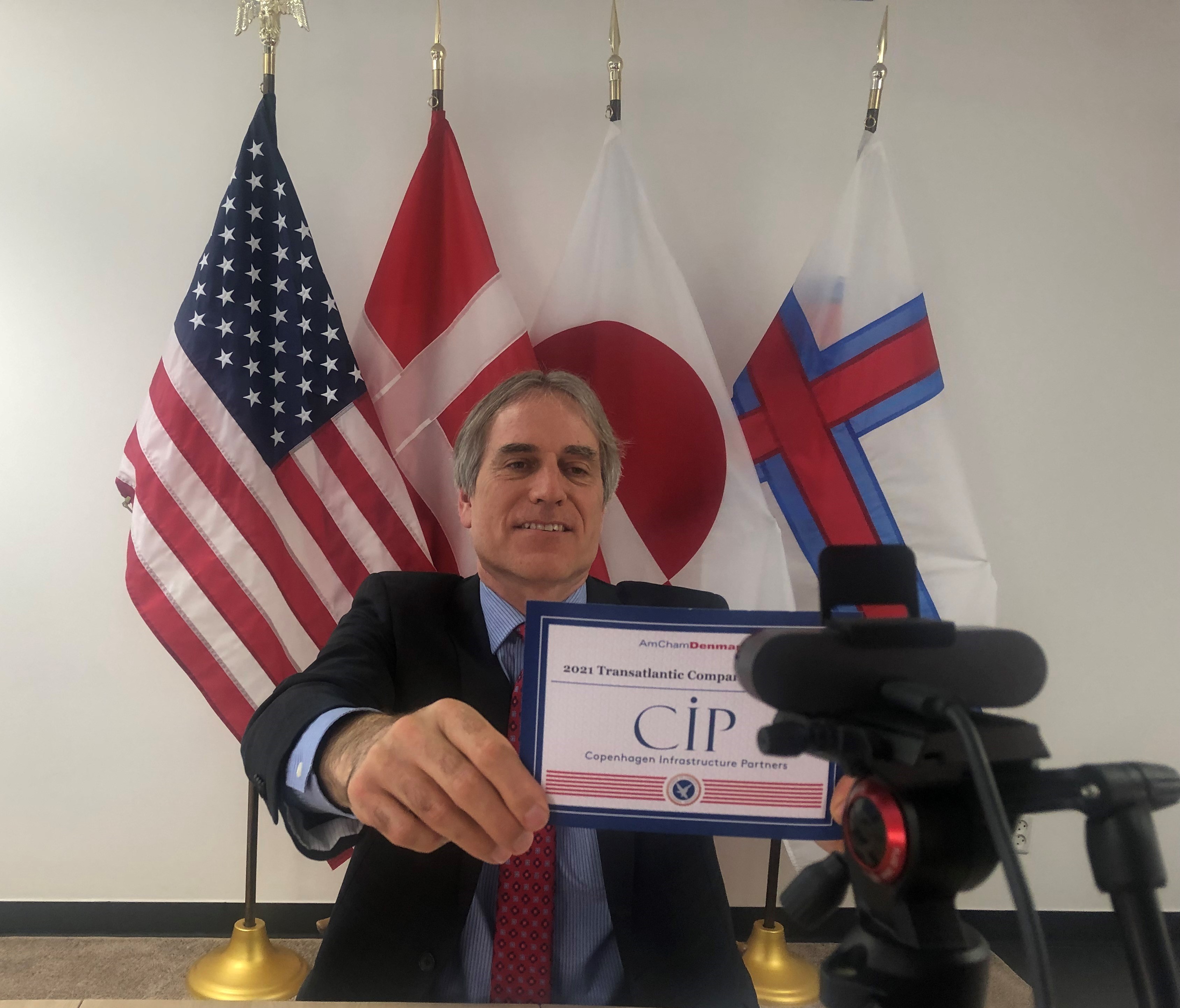