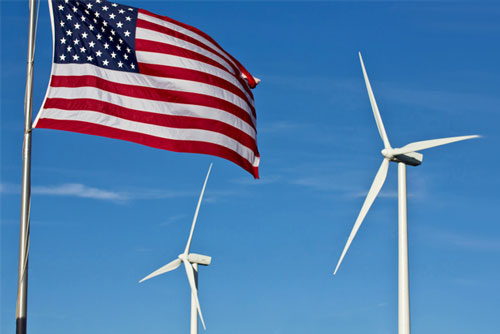 On February 5, the Danish Prime Minister Mette Frederiksen launched new initiative to promote Danish climate solutions in the United States. The launch took place at a meeting attended by CEOs from Danish companies who are global leaders in their field on innovation and green solutions – including AmCham members Ørsted, Vestas and Danfoss.

The initiative is aimed at leveraging U.S. President Joe Biden’s new climate plan worth more than one billion USD, to accelerate the green transition in the United States. The Biden Administration’s vision is to create 10 million new jobs in the U.S., and the Danish government believes Danish companies are uniquely equipped to help drive this green transition.

Denmark is one of the leading countries in offshore wind power and parks, and in 2019, nearly 47 percent of the Danish electricity came from wind energy. Selling Danish climate solutions, specifically in regards to wind energy, will help drive new foreign investments and the creation of new jobs on both sides of the Atlantic.

The Danish Prime Minister plans to head a trade delegation to the U.S., once it is possible and safe to travel again.