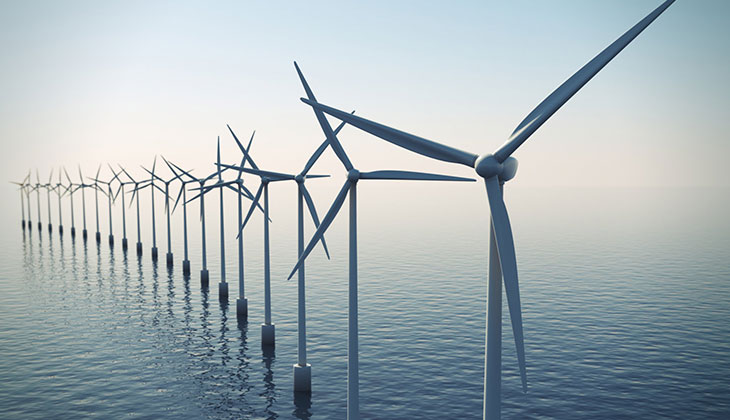 In connection with her speech, the Prime Minister together with Foreign Minister Jeppe Kofod and Climate Minister Dan Jørgensen has written the following op-ed in Foreign Policy about Danmark’s plan for a green future:

Denmark’s Plan for a Green Future
For a maritime nation, curtailing transport emissions is the first step.

U.S. President Joe Biden’s Leaders Summit on Climate—which begins Thursday—comes at a critical juncture. In the run-up to the 26th United Nations Climate Change Conference in Glasgow, Scotland, this November, there is a need for renewed momentum in the global fight against climate change. We can assure Biden that Denmark will do its part to tackle what is one of the greatest challenges of our time. Though Denmark is a small country, we are committed to being a front-runner in all things green.

We are confident we can do it. Why? Denmark’s green edge has a 50-year-strong foundation. Since the 1973 oil crisis, Danish research and innovation have led the charge in the global clean energy transition—a tradition we proudly carry on to this day.

Here is an example: Imagine an island in the North Sea. But rather than teem with vacationers, it is home to hundreds of wind turbines, industrial halls, and fuel tanks providing clean electricity, clean fuels, and green innovation for millions of European households. That vision is of an energy island. And it is not just something to dream about; in Denmark, the world’s first energy island will soon be a reality.

Over the past four decades, Denmark has developed a cutting-edge wind industry. Thanks to innovative technologies, smart regulation, and financial support from the government, wind energy in Denmark is now as cost-competitive as that generated by fossil fuels.

Today, onshore wind power is the cheapest energy source available in Denmark and much of the United States. In just a few years, we expect offshore wind power to be cost-competitive, too. The Danish government’s investment in energy islands is a recognition of this soon-to-be reality.

These future offshore energy hubs will provide low-cost green electricity to households in Denmark and neighboring countries. But our ambitions don’t stop there. In time, the energy islands will allow us to turn green electricity into green hydrogen for use as fuels in industries not suitable for direct electrification.

This achievement will mark a groundbreaking uptick in potential for offshore wind. In fact, it could solve one of the major challenges we face in combating climate change: curtailing transportation emissions from ships, trucks, and planes.

Ensuring these engines of industry can go green is a key component of Denmark’s climate agenda. A green energy transition must also create jobs and economic growth. Today, Denmark has more jobs in renewable energy than in fossil fuels. Companies from all industries are transitioning to a greener future through bold innovation.

Take the Danish port of Esbjerg: Once a major oil and gas hub, Esbjerg is now among the world’s leading hubs for offshore wind. Here, 250 companies—some of which were previously active in the fossil fuel industry—now operate within the offshore wind industry. Their transition was possible because of a joint public-private focus on transferring competencies, resources, and assets from the oil and gas sector to new, green industries.

These firms are creating jobs, too. Odense Steel Shipyard, founded in 1917, was restructured into a massive test center for wind turbines after its closure in 2012. Over the past nine years, the facilities of the old shipyard have generated 3,000 new jobs—replacing those that had been terminated due to the shipyard’s closing.

Green job creation is not just a domestic matter. It is also at the center of Denmark’s cooperation with the United States to secure a clean energy transition. Denmark’s commitment to a socially fair transition is reflected in our leadership of the International Energy Agency’s new global commission on people-centered clean energy transitions, a body in which the United States is also represented.

Denmark cooperates bilaterally on the green energy transition with 16 countries across Europe, Asia, Africa, and Latin America that together produce more than 60 percent of global carbon dioxide emissions. Through policy dialogue, technical assistance, and peer-to-peer learning across the energy value chain, we aim to share Denmark’s experiences leading a green energy transition with others.

Such international partnerships build on the Danish tradition of strong public-private cooperation. In Denmark, we have established 13 public-private climate partnerships representing all branches of Danish business—from energy and heavy industry to the financial sector and shipping.

Denmark is the world’s fifth-largest maritime nation. We are well aware that the maritime sector must contribute to climate change mitigation while also continuing to facilitate global trade. The public-private partnerships in the shipping industry, for example, work hard to pave the way for carbon-neutral ships, green port infrastructure, and green fuels.

Just two years from now—in 2023—the world’s leading container shipping company, Maersk, will launch its first carbon-neutral container ship. We hope there will be many more to follow—and are glad that the United States has decided to join Denmark in leading the mission on decarbonizing international shipping at Mission Innovation, a global initiative of 24 countries and the European Commission working to facilitate innovation in the clean energy transition.

Denmark welcomes the strong leadership that the new Biden administration is taking on green energy transformation, and, at this week’s Leaders Summit, we stand ready to support it. We also look forward to contributing to a constructive dialogue on climate diplomacy and energy with U.S. climate envoy John Kerry and the European Union.

In the climate arena, the work has only just begun. This decade is a crucial one in the fight for our planet—but together, we can build back better. Denmark and the United States can make the future green.