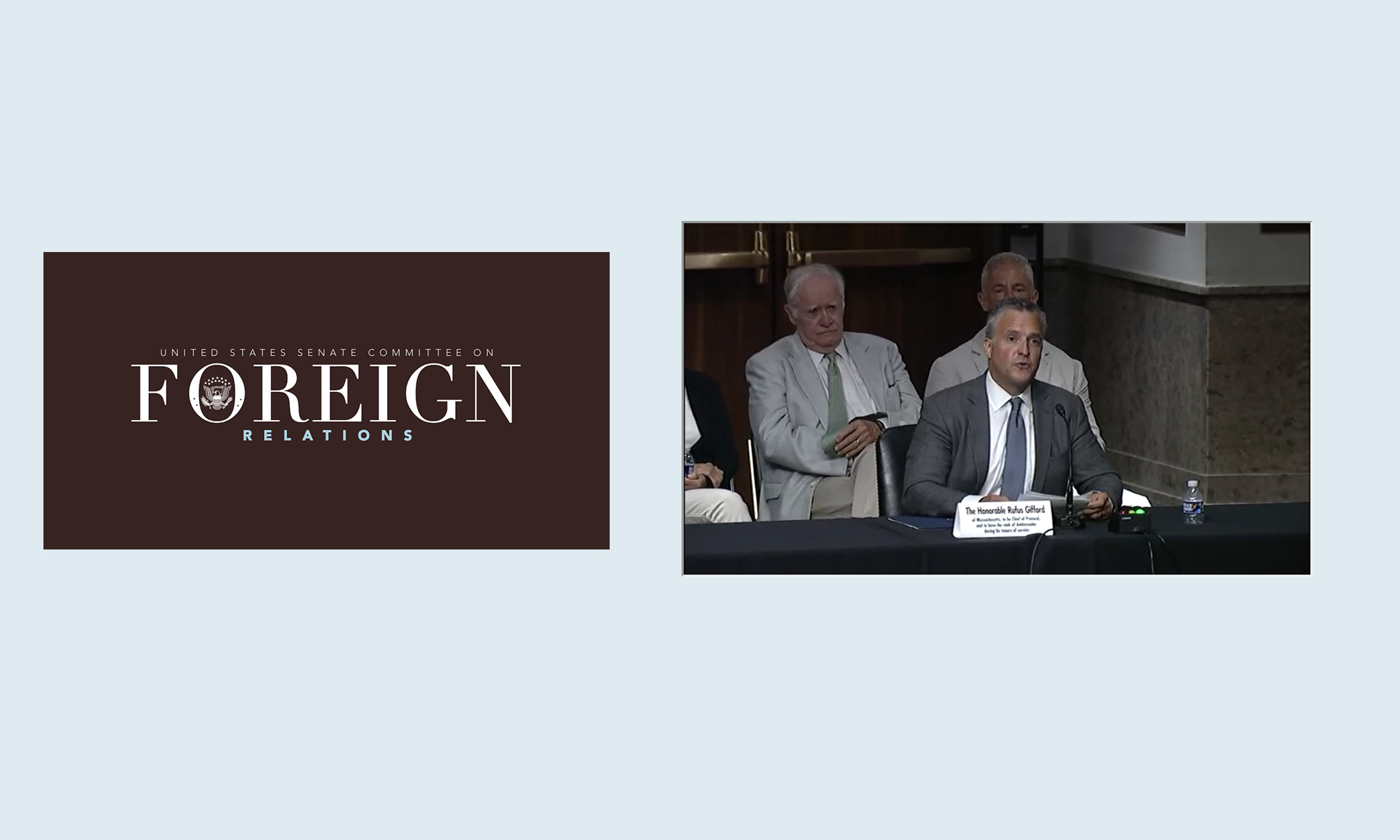 On July 27, The former U.S. ambassador to Denmark Rufus Gifford appeared before the U.S. Senate Judiciary Committee for his nomination hearing as Chief of Protocol at the new administration.

The chief of protocol helps to plan the president’s travel abroad and coordinates visits of foreign leaders to the United States to showcase American traditions, cultures, and institutions

The full nomination hearing can be watched here.