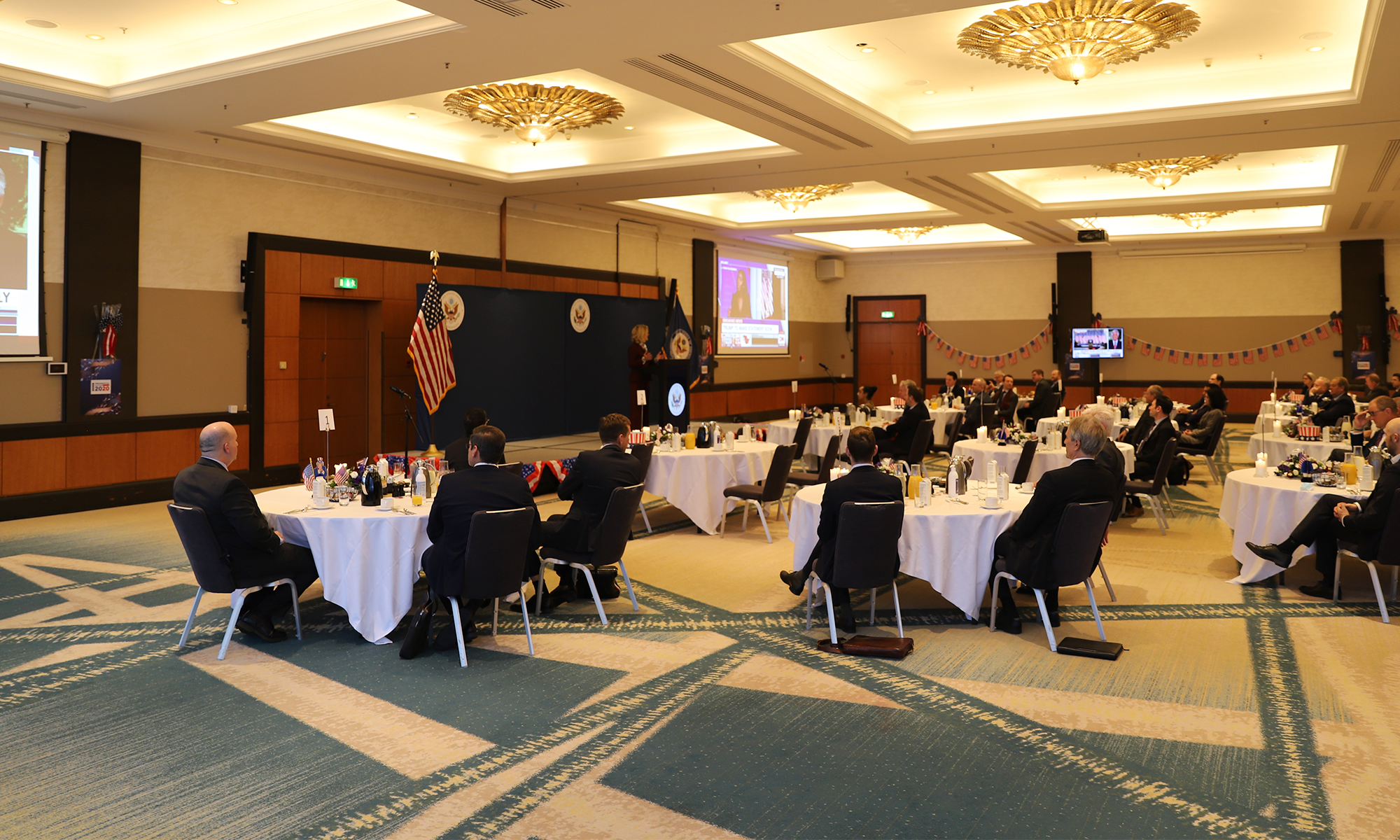 On November 4, the U.S. Embassy, in partnership with AmCham, hosted members and stakeholders for a socially distanced “Election Breakfast” event at the Copenhagen Marriott Hotel as votes were tallied across the electoral map.

The event began with welcoming remarks from the U.S. Ambassador to the Kingdom of Denmark, Carla Sands, who expressed cautious optimism about the close race, while also stressing the importance of remaining patient until the final votes are tallied, particularly in the Northern Mid Atlantic battleground states – Michigan, Wisconsin and Pennsylvania.

The gathering was marked by rolling cable news coverage of the election results, and participants received insightful election commentary, first by Professor Peter Kurrild-Klitgaard, Professor of General and Comparative Political Science at University of Copenhagen, and later by John Fortier, the Director of Governmental Studies at the Bipartisan Policy Center in Washington D.C.

A very special thanks to the U.S. Embassy for making this event possible and the Copenhagen Marriott Hotel, who ensured a safe environment for this historic event. 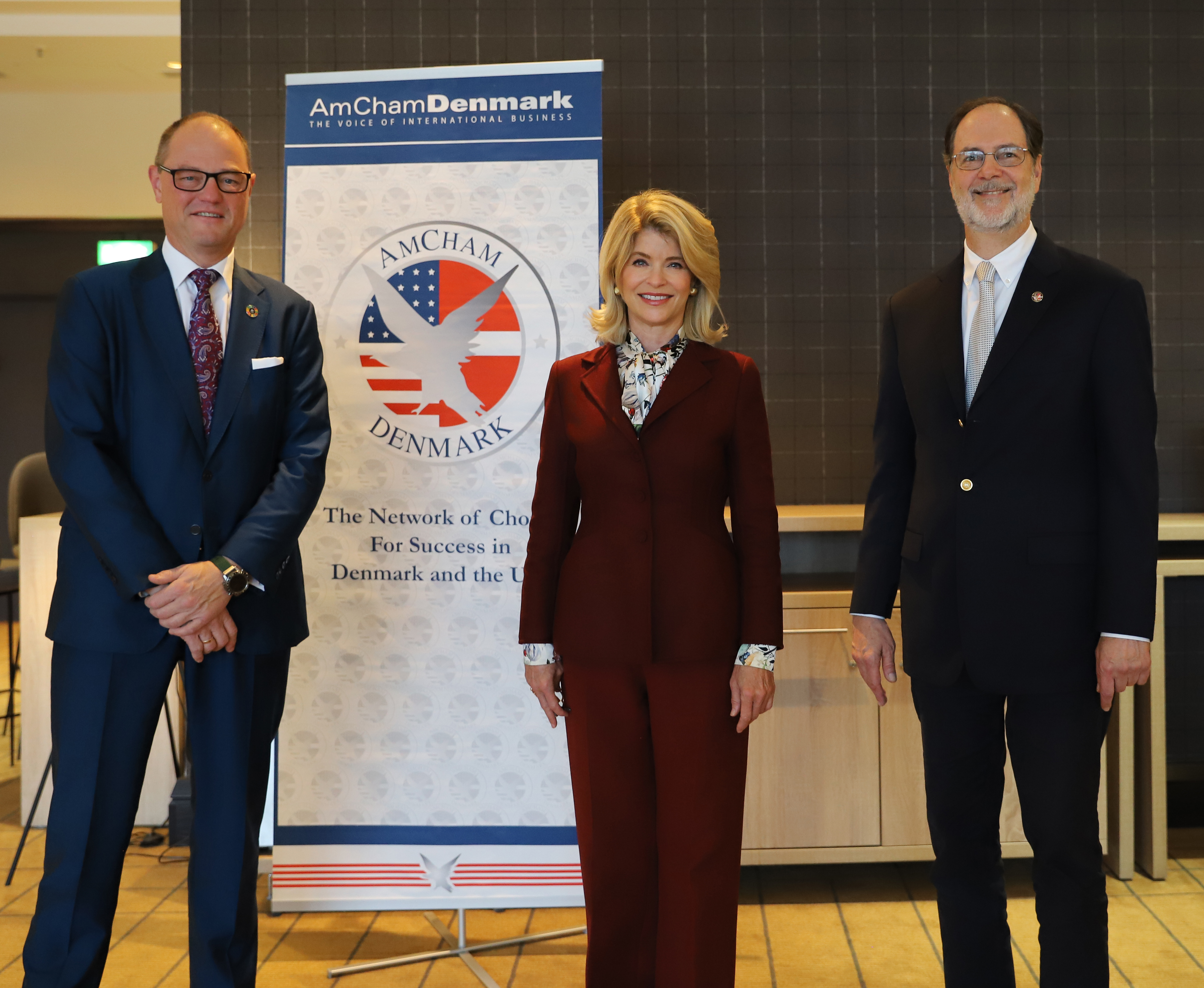 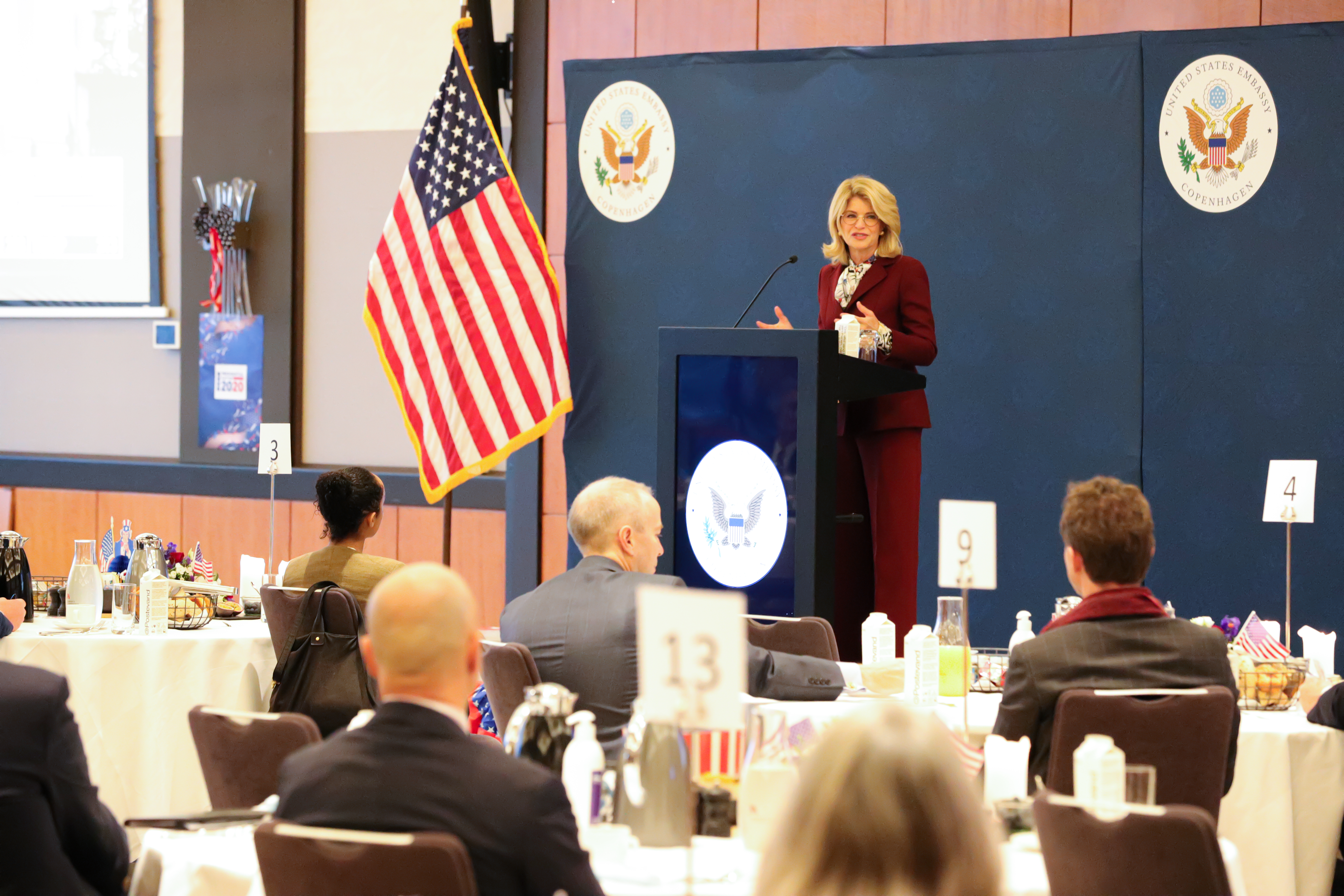 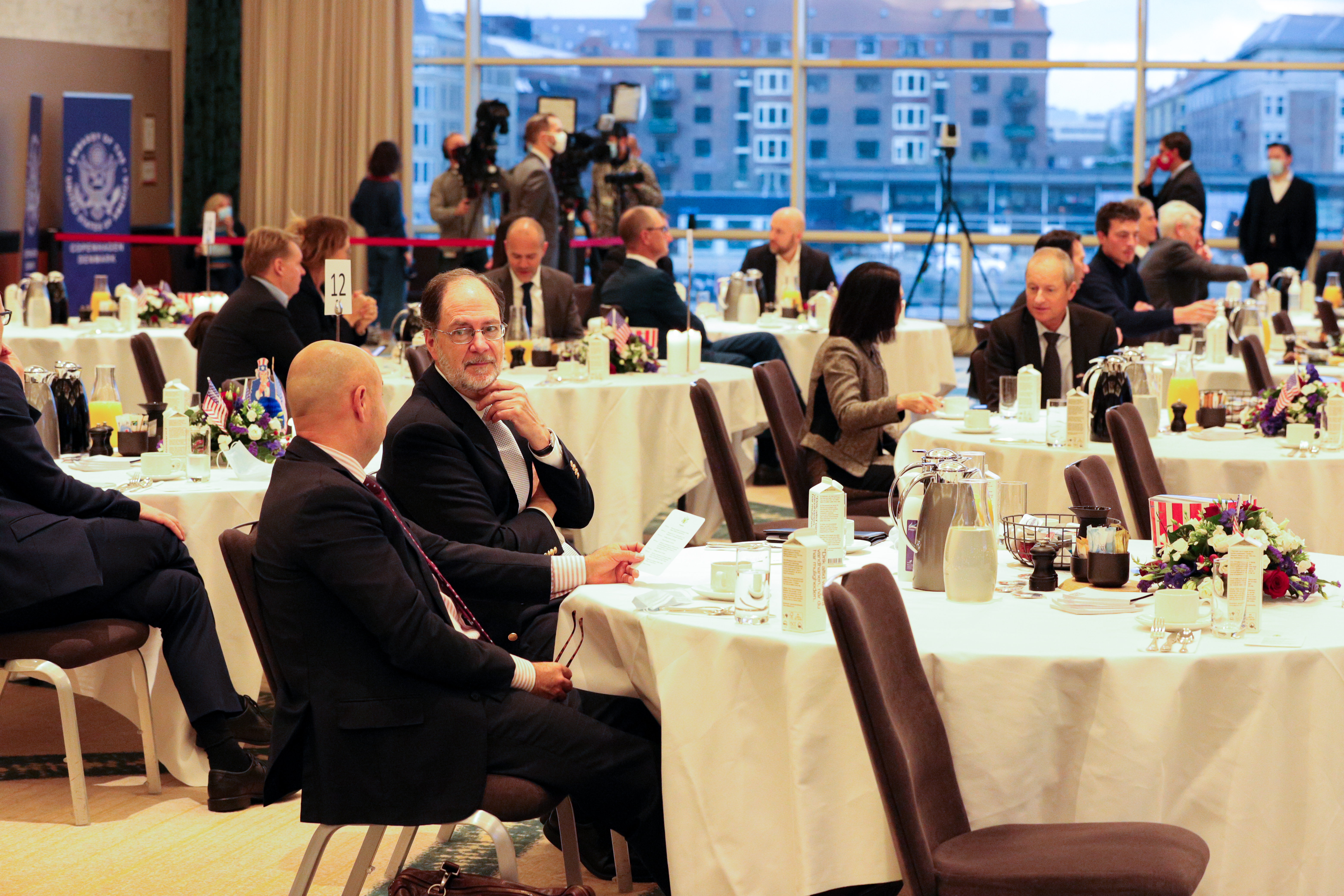 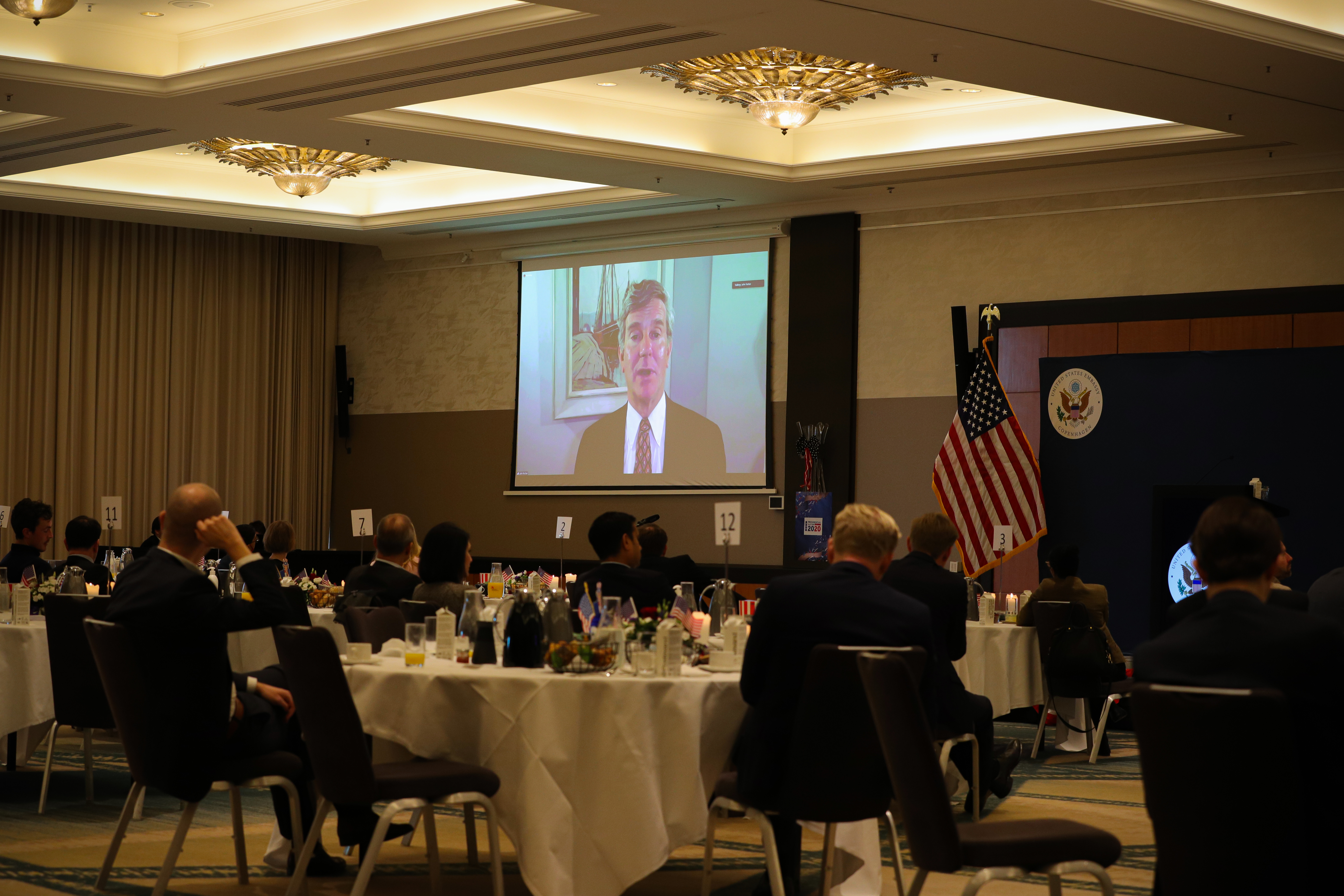 John Fortier, the Director of Governmental Studies at the Bipartisan Policy Center, shares his thoughts on the 2020 election
1 / 4 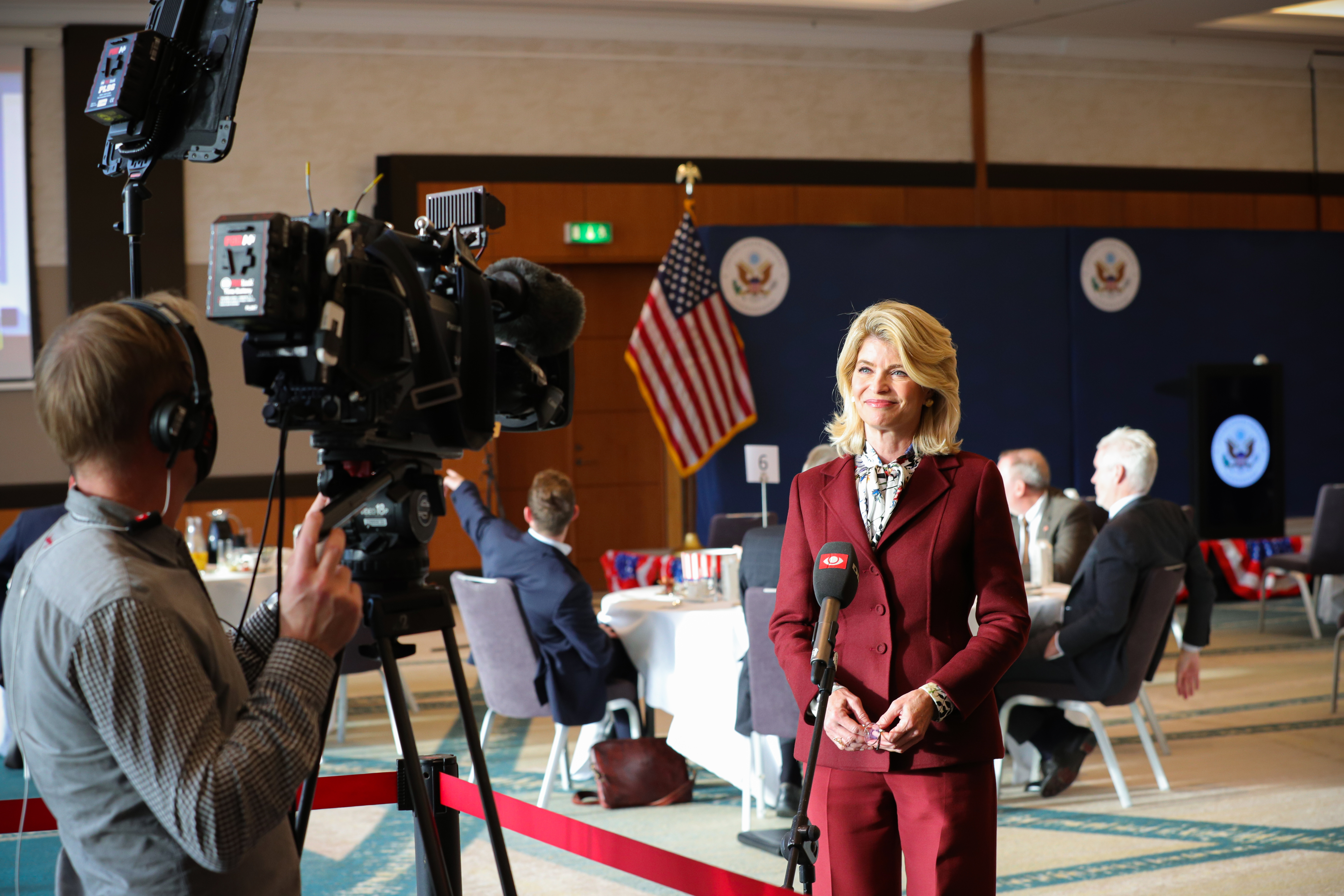 The U.S. Ambassador Sands speaks to the news media
1 / 4