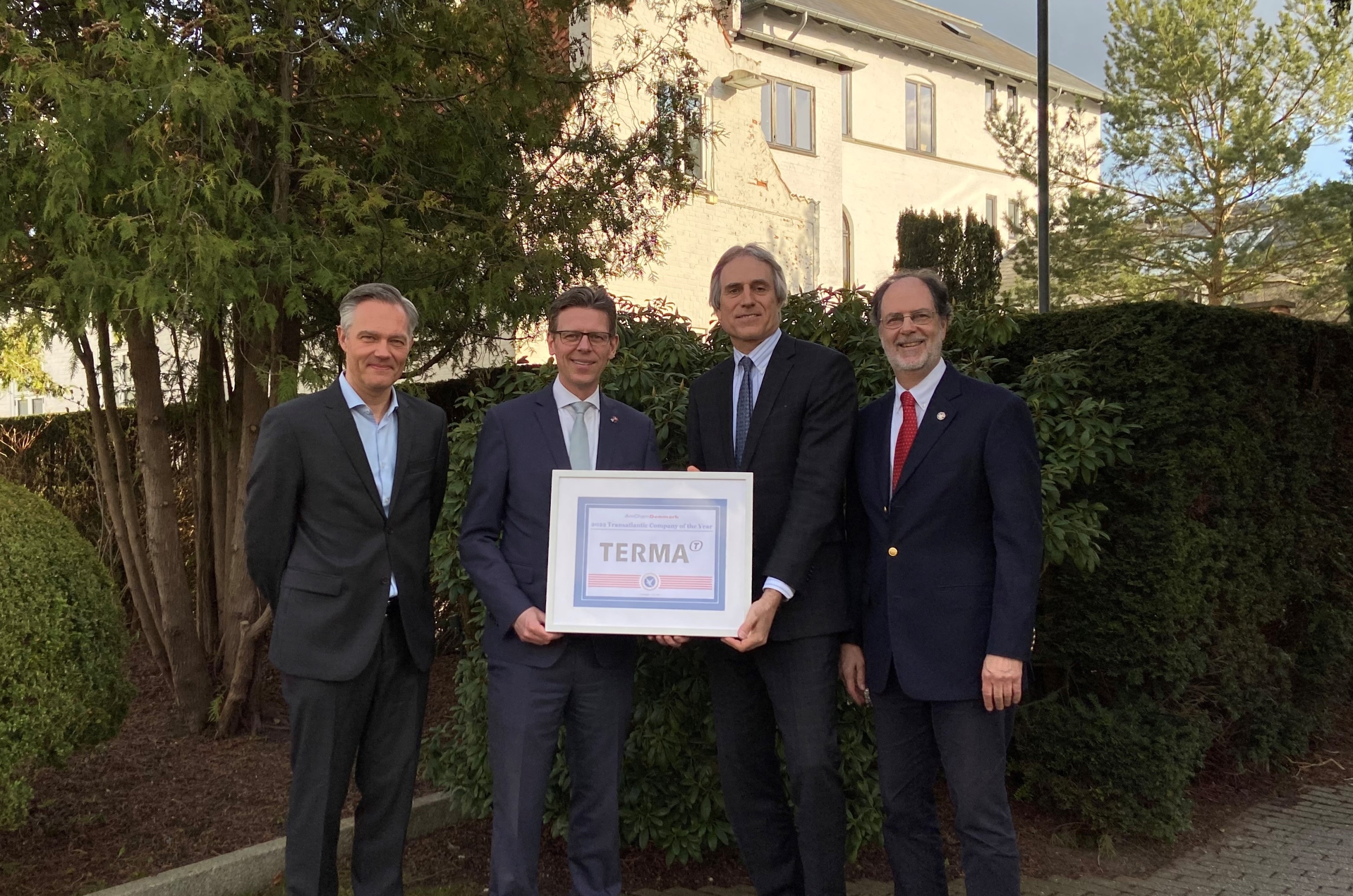 The jury recognizes Terma for its significant investments, impressive growth and a strong focus on partnerships in the USA.

Terma has been selected as the winner of the 2022 Transatlantic Company of the Year on April 6. The announcement was made by the U.S. Embassy Chargé d’Affaires Stuart A. Dwyer, at AmCham’s Transatlantic Summit. The award, which highlights the important contributions of Danish companies investing in the U.S., is promoted in partnership with the American-Danish Business Council in Washington.

An independent jury comprised of Jørgen Bardenfleth, Bjarne Corydon and Sanna Suvanto-Harsaae selected Terma from an impressive group of three finalists, which included UXV Technologies and Rockwool – all with great accomplishments in the United States.

Spokesperson and Chairman of the jury, Jørgen Bardenfleth noted that Terma has shown an impressive engagement in the U.S. for several decades, with over 50% of the company’s current revenue coming out of the US market.

“Terma has also shown business excellence in its strategic partnerships within the U.S. defense sector, with a strong focus on R&D including certifications with the U.S. Department of Defense. The jury was especially impressed by the company’s collaboration around the F-35 fighter jet program, where Terma today has more than 700 people working on the program. With the Danish Airforce purchasing these jets, this is a great example of a Danish company delivering part of future defense systems for Denmark.”

In receiving the award, Terma CEO Jes Munk Hansen stated: “We are very delighted to be recognized by AmCham for our strategic growth journey in the U.S. market, which will continue in the future.”

He confirms that the company’s partnerships have been driving the ongoing success and expansion in the U.S:

“It is important to Terma that we are physically close to our US Partners. Therefore, we opened an R&D Center in Atlanta in 2017, close to collaboration partners such as Georgia Tech University and Lockheed Martin, increasing our ability to collaborate on future technologies. Last year, we signed our largest order ever with the U.S. Air Force. The 306M USD, ten-year Indefinite Delivery Indefinite Quantity (IDIQ) contract was an important step in becoming a strategic partner for the U.S. Department of Defense.”

Highlighting the Importance of Transatlantic Trade

According to AmCham’s Executive Director, Stephen Brugger, the purpose of the award is to highlight the importance of transatlantic trade for Denmark and to showcase the good examples for others to follow.

“With the current geopolitical situation, it is exciting to see a Danish company so entrenched in the defense industry in the USA, collaborating on some of the best defense tools available today. Terma’s solid commitment to the U.S. is inspirational, and makes them a worthy recipient of this award,” he says.

AmCham congratulates Terma and recognizes all the finalists for their outstanding achievement.

Congratulations to the Winner! 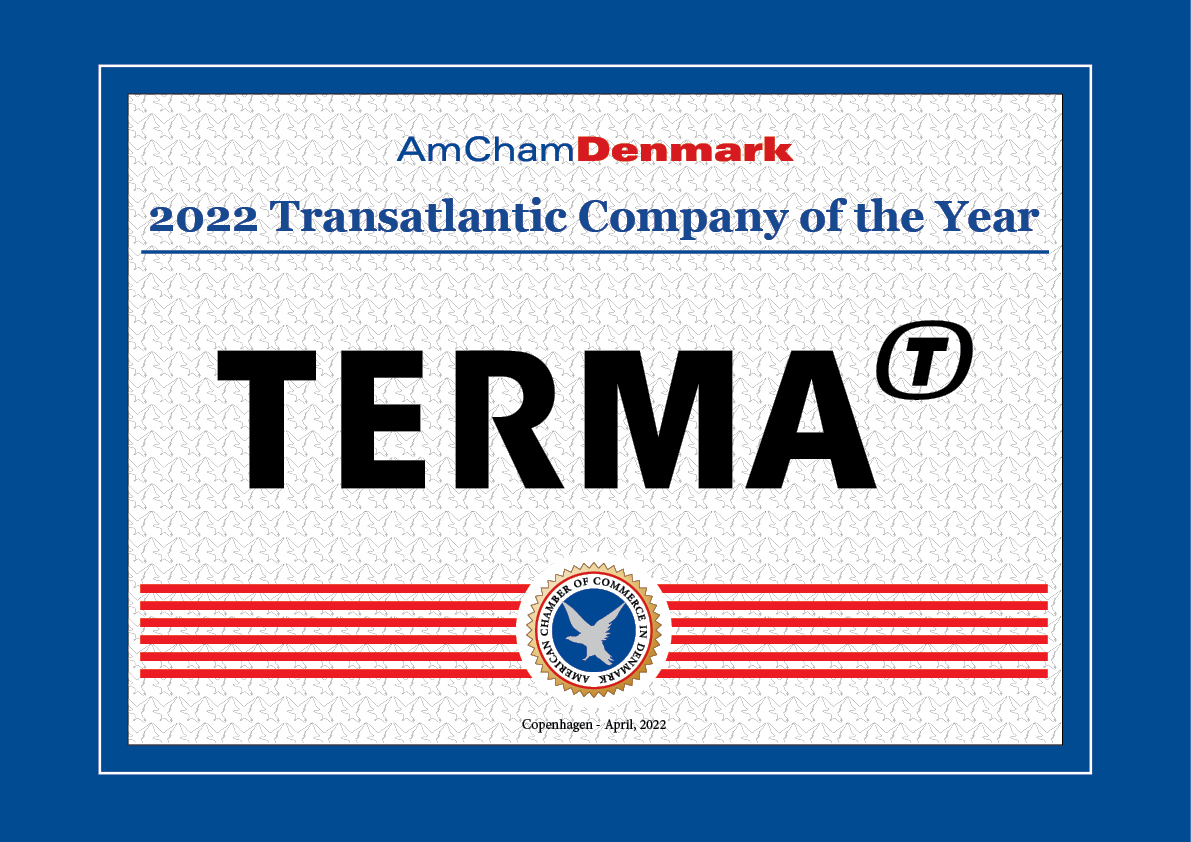