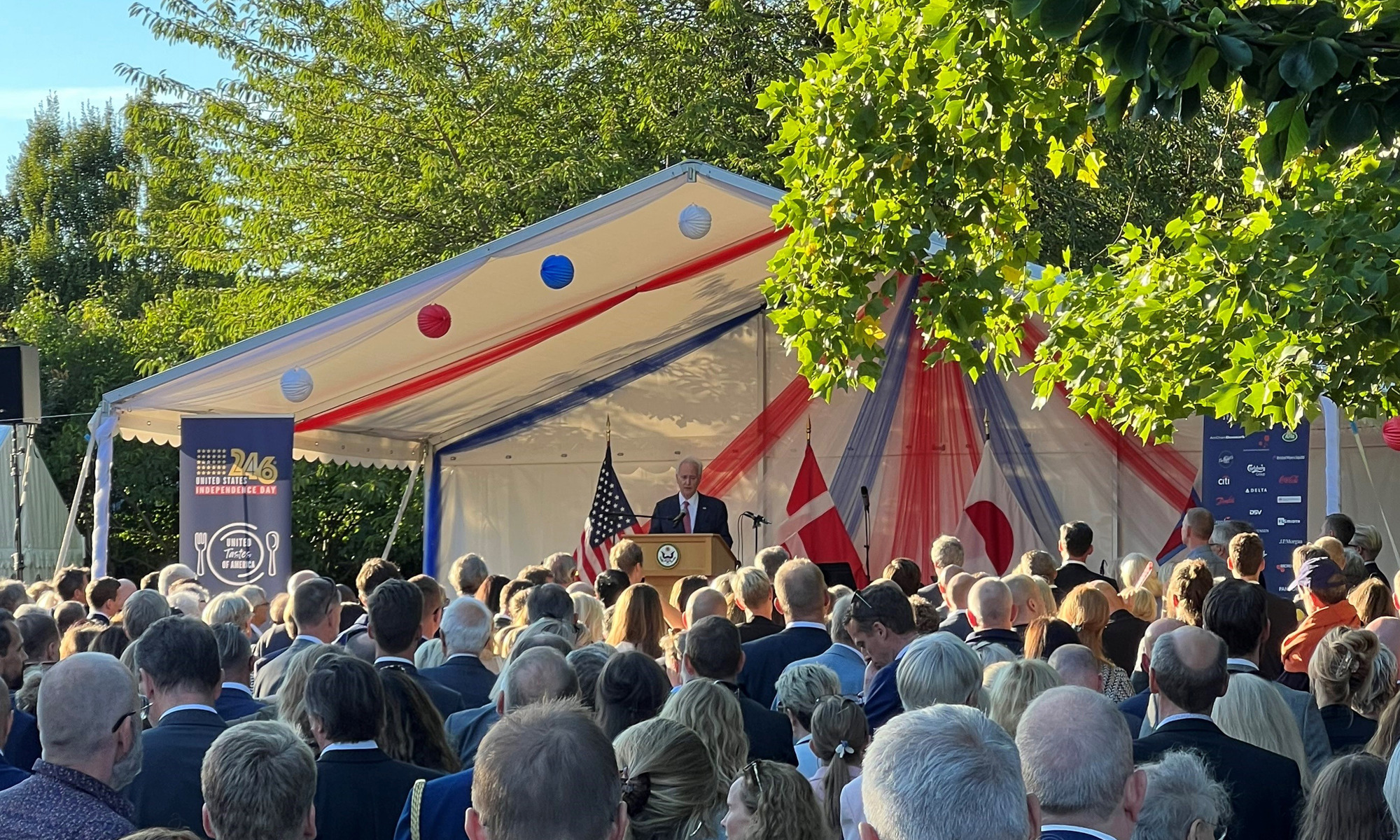 The reception was hosted by the U.S. Ambassador Alan Leventhal and featured an official United States color guard and inspiring renditions of the Danish and American national anthems played by the The United States Air Forces in Europe (USAFE) Band.

Speaking to guests from the garden at Rydhave, Ambassador Alan Leventhal expressed his gratitude for the warm welcome to Denmark and went on to express the importance of not only celebrating America’s founding, but to also celebrate the diversity of cultures and people that give America its strength.

“For me, being American means embracing a national identity of optimism and opportunity, grounded in our fundamental belief in freedom, which is an integral part of the American identity that we are free to choose our destiny, to express ourselves freely, to participate in our political process, to practice our faith, and to love who we love.

AmCham thanks its Board of Directors and members for their generous support in making the Embassy’s annual celebration possible.

Thank you to our member sponsors: 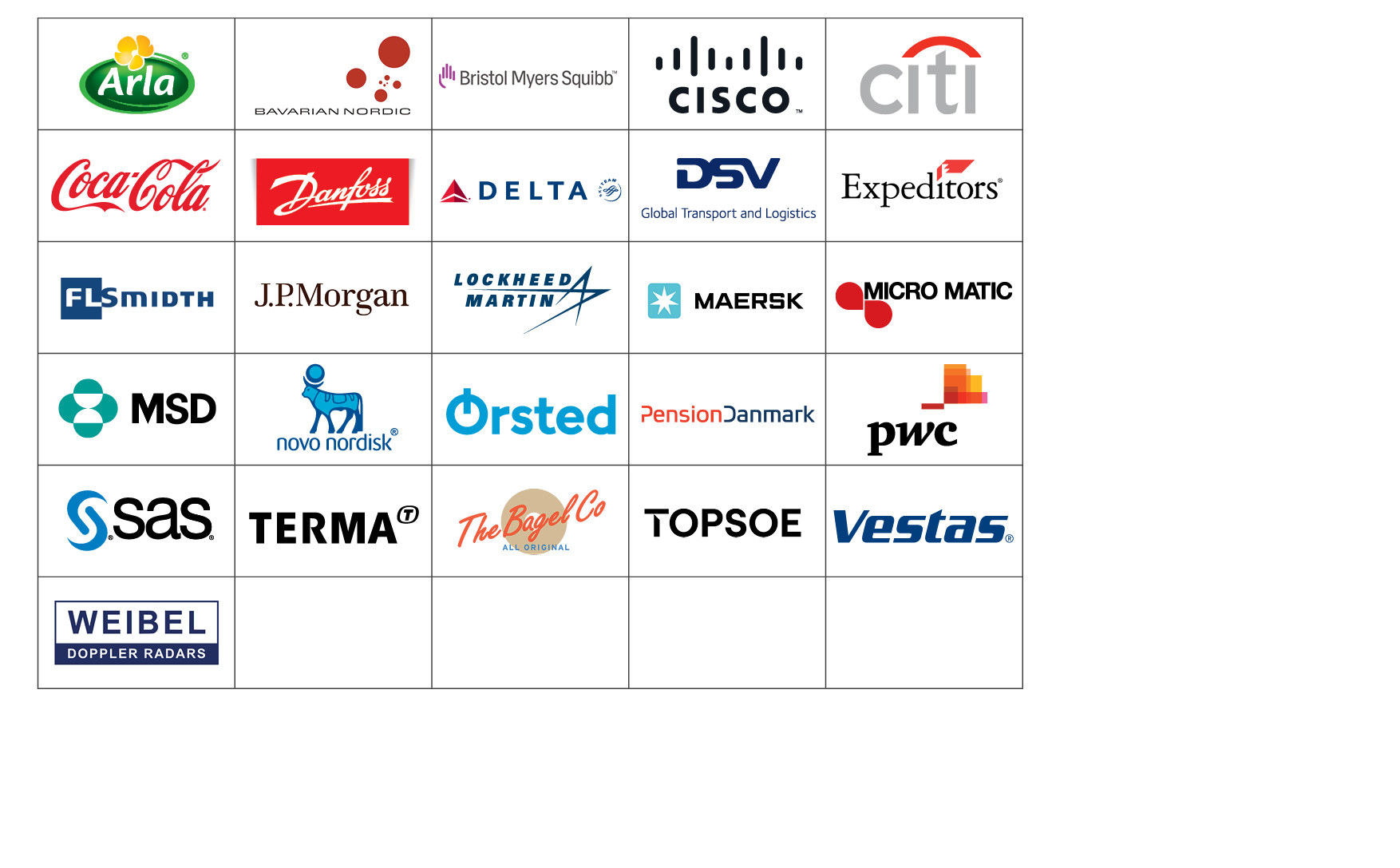 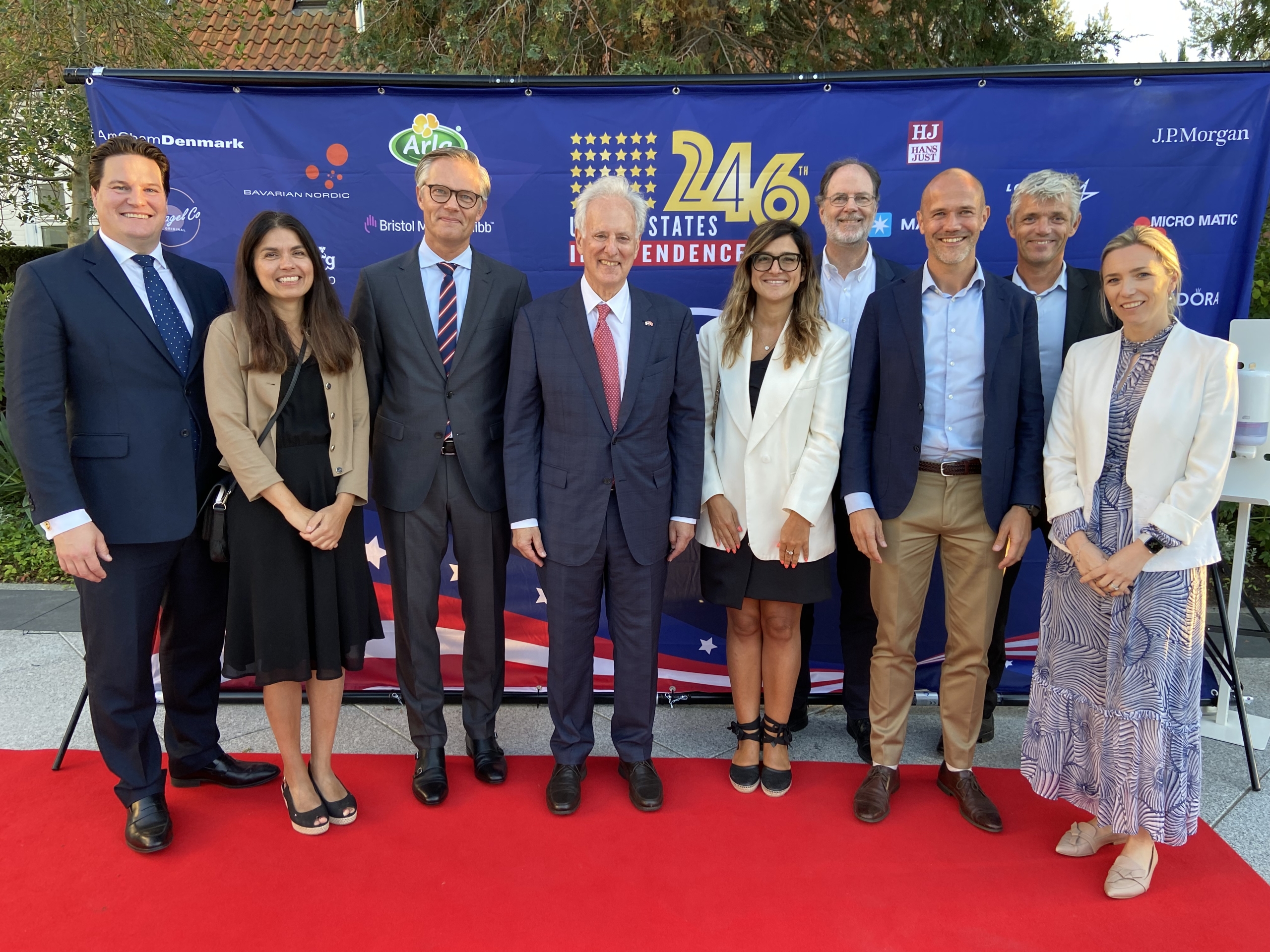 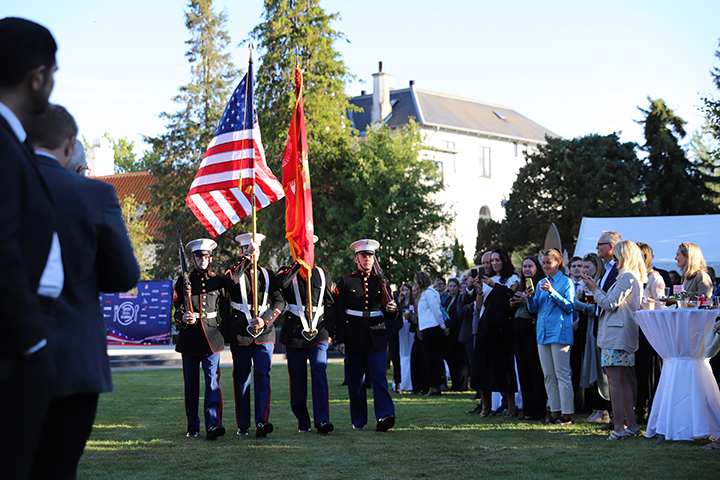 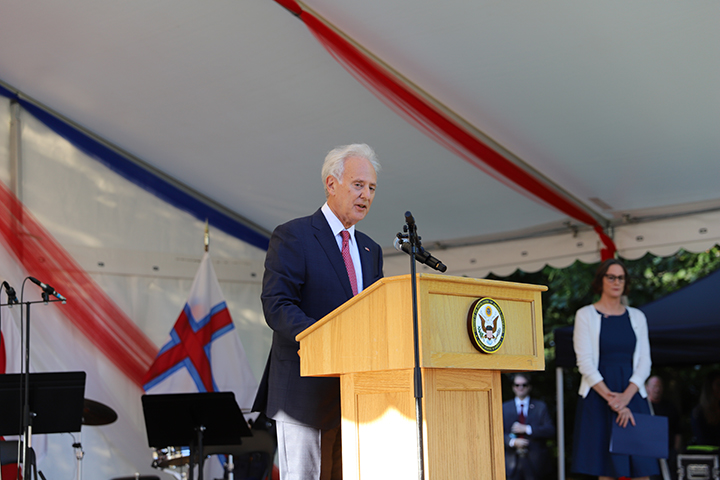 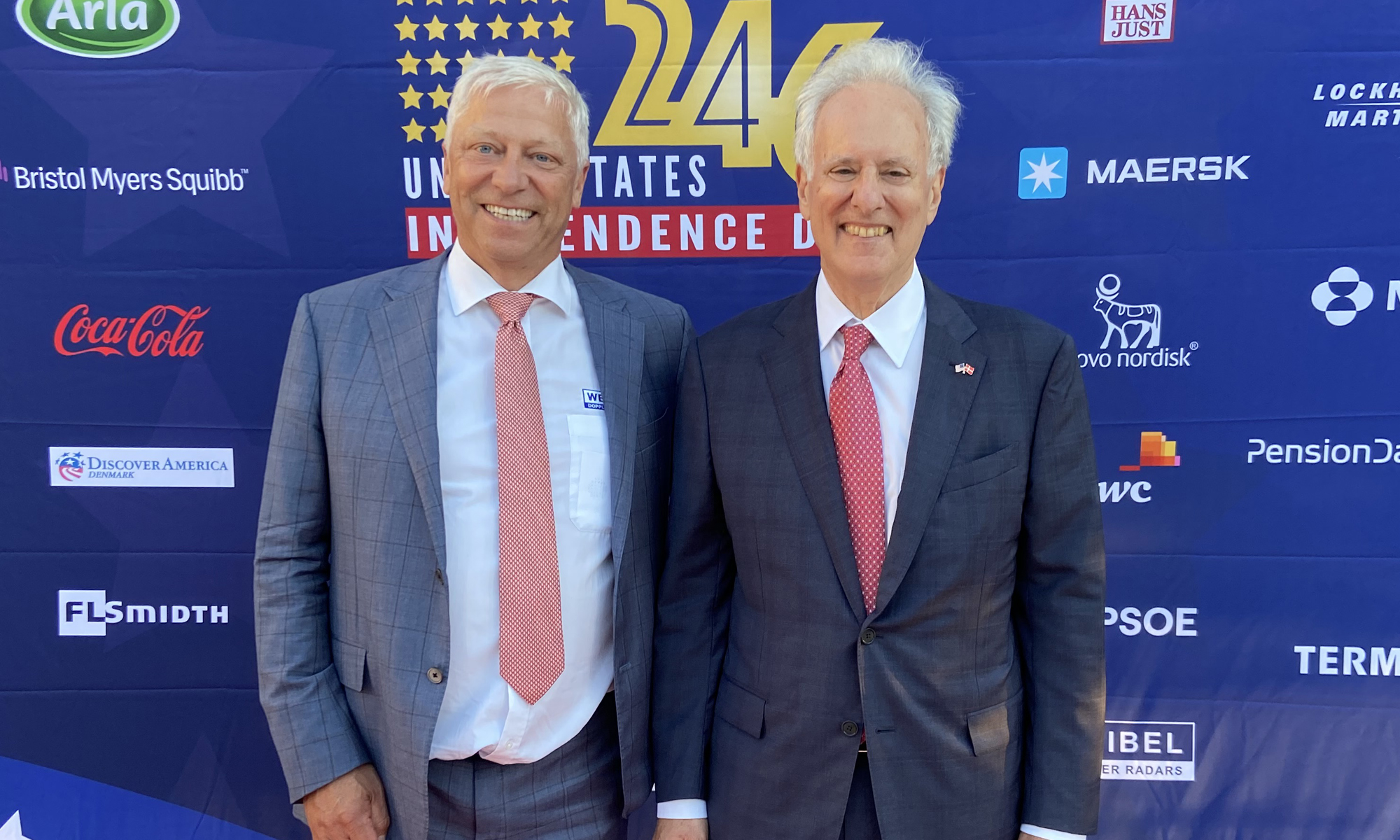 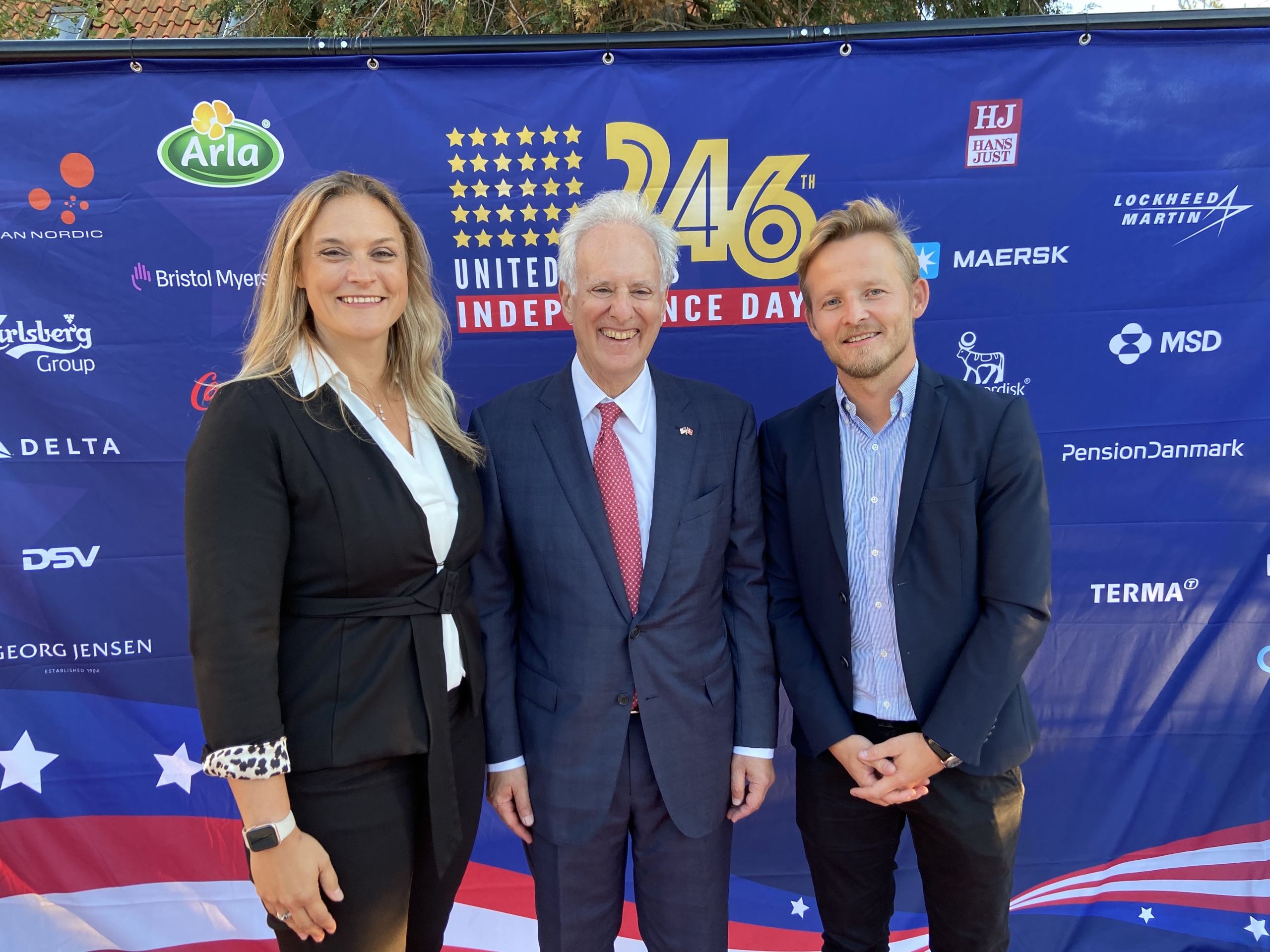 U.S. Ambassador to Denmark, Alan Leventhal with representatives from Microsoft
1 / 4 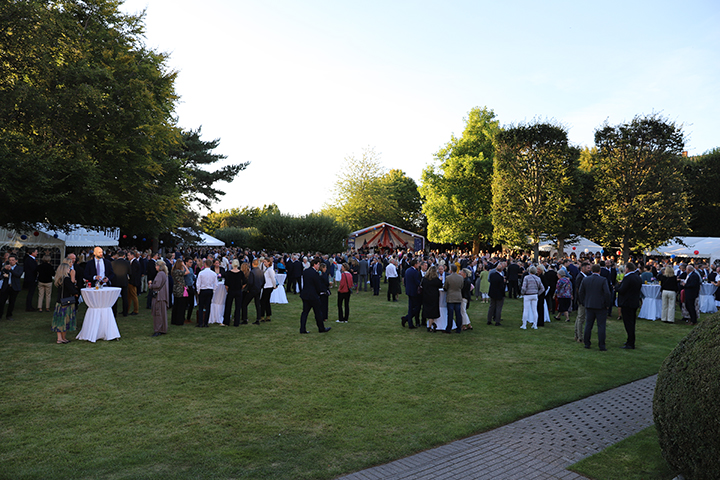